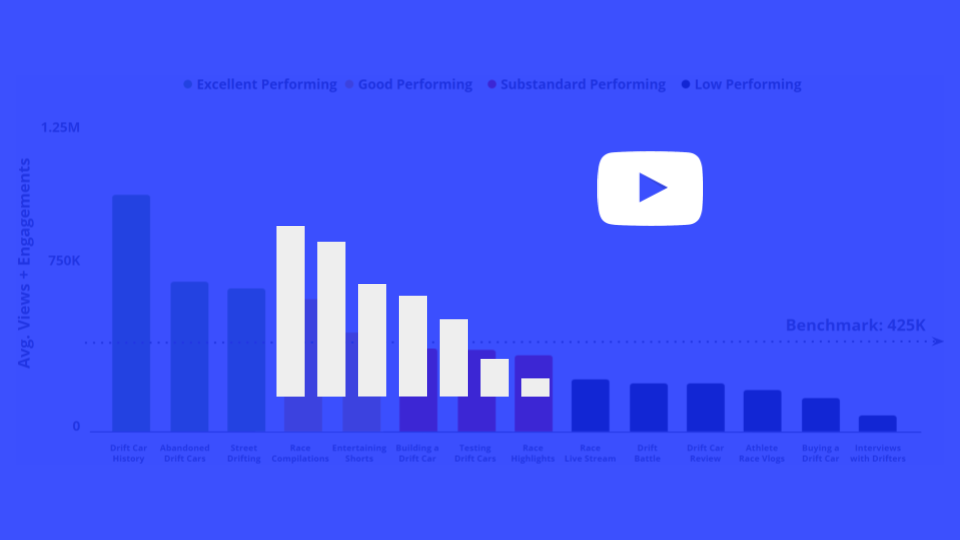 Historical Context: Short-form content highlighting the history of a popular drift car and its unique moderations.

Forgotten Treasures: Visiting abandoned tuner shops to view a large collection of drift cars and showcase the decay the cars have experienced.

Recreational Drifting Sessions: Footage of before and after moments drifting on city streets; incorporated with epic shots from multiple angles of the drifting.

Top Race Action Only: Drifting event races are compiled into a video so viewers can see a more condensed version of the event.

Tactics: Condensing an entire car build into one video through sped-up time lapses of all the car parts installed.

Tactics: A well thought out storyboard combined with tasteful cinematic shots and tactful editing provides the viewer with a video that radiates the effortless cool of drifting.

Tactics: Compiling a large array of relatable drifting content into one easy to digest video.

Tactics: Showcasing a popularized pop culture drift car through high quality close up shots while reviewing all the details of the car.

Tactics: The creator shares the entire journey to a racing event while sharing his personal thoughts and combining them with cinematic shots.