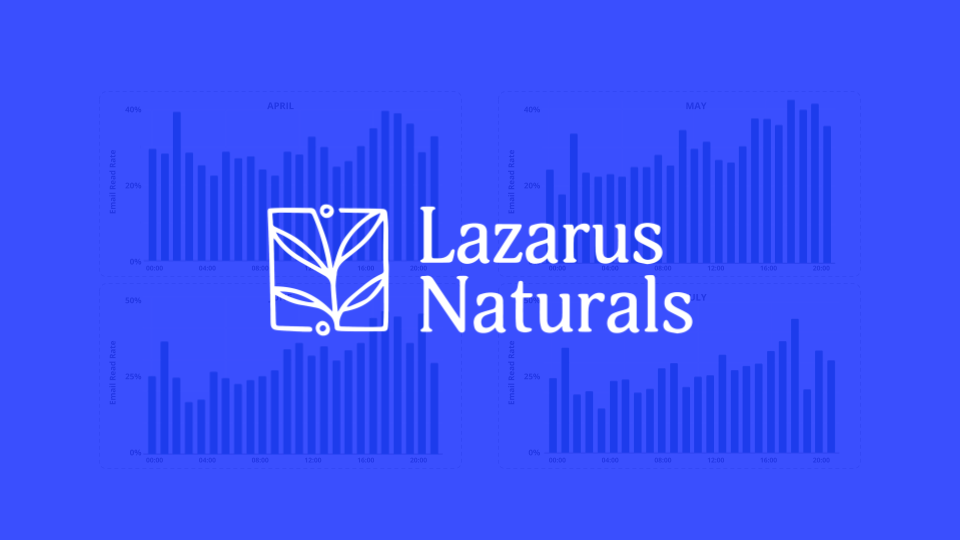 Emails are more likely to be read during the latter half of the day: While read rates are relatively steady throughout the day, there is a noticeable spike, usually after 3:00 pm UTC.

On average, industry competitors are sending 1-2 emails per day to their customers: This excludes emails such as order confirmations, sign-up confirmations, and the like.

‍What Brands Should Be Thinking About

Send out important, must-read emails to customers on the weekends to ensure a higher read percentage: Send out the emails you want customers to read, such as new product announcements, upcoming sales, policy changes, and other more important emails towards the end of the week. Coupled with the fact that less emails are sent on weekends, the chances of subscribers seeing your email is also higher.‍

Aim to send out emails after midday: From 3:00-7:00 am UTC, there are little to no emails being read at that time. Send your emails later in the day to ensure you email lands at the top of your subscribers’ inbox during a time where they are likely to read their emails.

Be active and send at least 1 email a day to keep your subscriber list active and healthy: Keep in mind that while you are being active in sending out emails, do not be sending the same customers one email a day. Segment your audiences and send out emails in batches.

This case study will examine the best times of day and day of week to send out email campaigns, as determined by an analysis of industry email data.

In the past 4 months, email campaigns sent on the weekend have outperformed their weekday counterparts in terms of read rate percentages.

Focusing in on June, the best performing day shifted from Sunday to Friday compared to May.  Wednesdays also became a well-performing day for emails in June, at +15% increase in read rates MoM.

As for email send volume, brands favour sending out their email campaigns in the beginning of the week, with Sunday generally being the lowest volume day.

Despite weekends being the best performing days to send emails, the industry as a whole has decreased their total volume of emails sent from Fridays to Sundays by -17% MoM.

A similar pattern is seen for the number of email campaigns sent. As a whole, the industry sent -15% less email campaigns on the weekends in June than the previous month.

Read rates fluctuate throughout the day, without any defining patterns. Emails are more likely to be read during the latter half of the day while few emails* are read in the early morning.

The highest volume of emails sent is around 1:00-3:00 pm UTC, with small peaks occurring towards the end of the day, usually past 10:00 pm UTC.

‍
Excluding order confirmations, shipping notices, and newsletter sign-up emails, the industry has sent at least 1 email per day in the past 4 months.

Here are competitors who send more than 2 email campaigns per day: