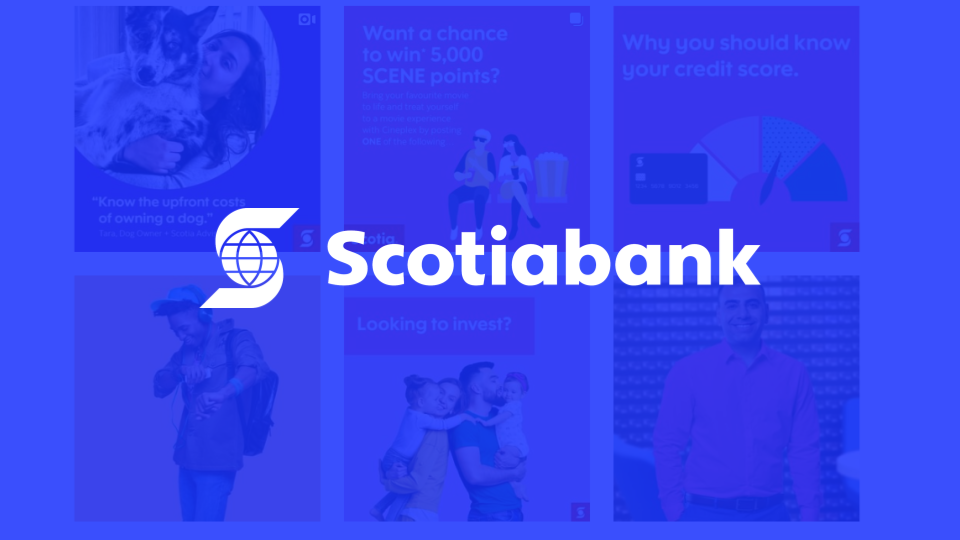 Tactic — Social Contest Hashtags: Scotiabank’s Instagram contest in August focused on increasing engagement and brand awareness, through encouraging participants to post and use the hashtag #ScotiaSCENE, as well as comment on contest posts. This resulted in contest posts receiving 4x more engagement on average than a typical post.

Tactic — Carousel Posts: Scotiabank used carousels posts to provide additional information about the contest and assets that participants could screenshot and use for on their own accounts for their contest submittal.
‍
Tactic— Photo Contest Entries: Scotiabank’s #ScotiaSCENE contest required followers to post a photo dressed up as their favourite movie character, increasing the amount of user-generated content. UGC content from contests can then be repurposed and reposted on Scotiabank’s owned channels to increase community engagement and brand awareness.

In August, Scotiabank decreased their post cadence by one post but increased the amount of carousels from 1 in July to 4 in August.

Part of the reason for this increase in followers may be attributed to the #ScotiaSCENE contest Scotiabank ran in August. The contest posts received, on average, 4x more engagement than typical posts.