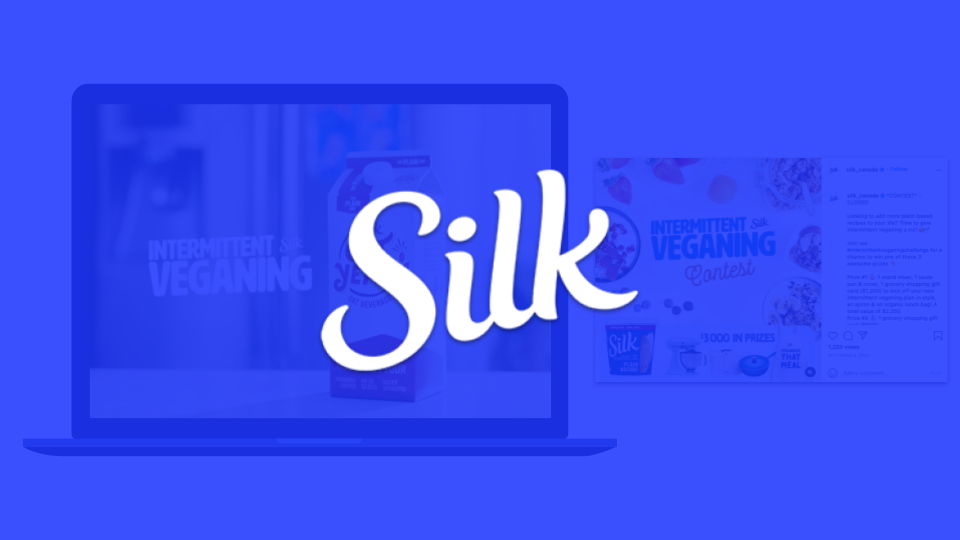 How to Advertise Vegan Products to Flexitarians

Cross-Channel Awareness Tactic — Brand Positioning Supported with Organic Social, Paid Social and Paid Search: Silk’s “Intermittent Veganing” campaign is a great example of an omni-channel brand awareness campaign all aimed at educating the consumer. Silk incorporated numerous tactics to spread awareness of the campaign and promote product adoption amongst those who have not fully embraced a plant-based lifestyle.

In September of 2020, Silk Canada launched their “Intermittent Veganing” campaign where they targeted a new group of consumers who are not yet ready to take the full plunge into veganism.

In September, Silk published a video on Instagram introducing the concept of intermittent veganing and explained to their consumers that “it’s just about building a habit of adding more plant-based ingredients.”

To spread further awareness of this campaign, Silk launched a social contest where followers were encouraged to join their intermittent veganing challenge.

For this video series, Silk not only partnered up with chefs, but also with Canadian influencers such as Matt Benfield.

Matt reposted the video on his own channel which generated 867% more views and 743% more engagement than Silk’s post.

Silk also posted their “Intermittent Veganing Challenge” videos on YouTube, which were most likely supported by ad spend due to the high view count and minimal engagement.

Silk made the recipes from the Canadian chefs that they partnered with available on their website as the videos were uploaded to various platforms.

Silk ran three variations of paid search ads for their intermittent veganing campaign which all focused on different themes.

Silk also launched a Chrome extension as part of their “Intermittent Veganing” campaign which uses artificial intelligence to “veganize” any recipes that incorporate dairy products.