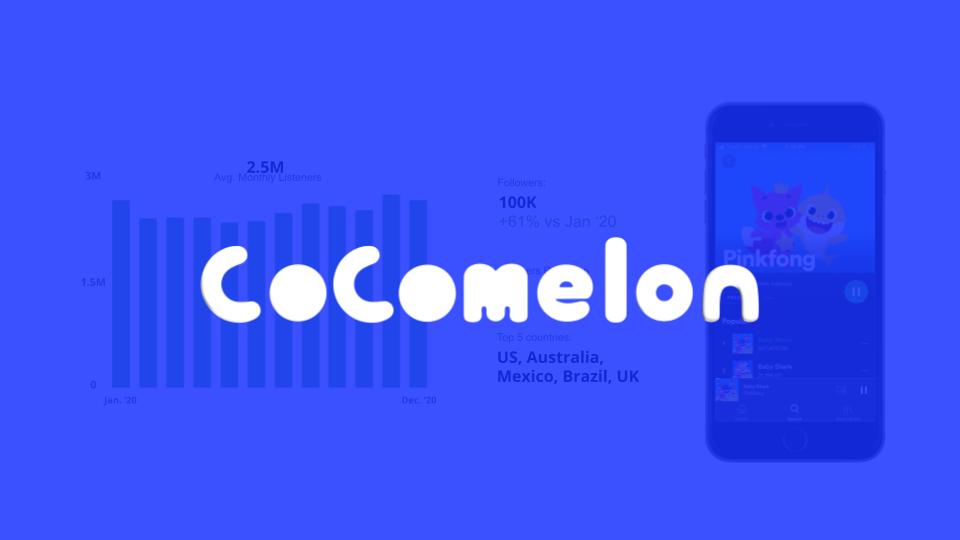 Organic Social Focus Allocation — YouTube & Facebook:  The Top 10 kids content creators in the world (ranked by views) have, on average, 94% of their total audience on YouTube. YouTube remains a strong leader amongst viewers between the ages of 3 to 18 with 64% spending over 30 minutes a day on the platform. US parents with kids under 11 years old like YouTube because it keeps their children entertained, helps them to learn new things, and exposes them to different cultures. Second to YouTube is Facebook with most competitors using the platform to spread awareness around new videos, initiatives, and spur community engagement. While Youtube & Facebook maybe be “crowded,” there is still opportunity for those with a differentiated product to build an audience.

Organic Social  — Facebook Has Low Engagement: Despite Facebook being the second largest platform by audience for kids content creators, the average engagement is low at 1.4%. When creating an organic social strategy, keep in mind that engagement on Facebook is low, therefore you may want to consider focusing your efforts on YouTube or TikTok, which has shown to have higher than average engagement rates.

Organic Social Focus Allocation — Opportunities on TikTok & Spotify: With a high audience concentration on Youtube, creators have branched out to other platforms to continue building their audience and driving awareness around their content. TikTok and Spotify have emerged as new platforms for kids content creators to expand their reach. TikTok presents the opportunity to post shorter clips of their Youtube content and connect with the growing number of 3-18 year olds on the platform. Spotify allows creators to build a community focused on the music side of their content which allows for different use cases (e.g., singing along in the car) not easily found with their video content.

Looking at the Top 10 kids content creators in the world (ranked by views), their combined audience on YouTube is 18 times larger than all other platforms combined.

Compared to other video content providers, YouTube remains a strong leader amongst viewers between the ages of 3 to 18.

US parents like YouTube because it keeps their children (under 11 years old) entertained, helps them to learn new things, and exposes them to different cultures.

With such a large audience concentration on YouTube, creators have branched out to other platforms to expand their reach. Facebook is the second largest platform by audience for the majority of creators. While those tapping into new platforms, like TikTok, benefit from low competition.

Despite Facebook being the second largest platform by audience for kids content creators, the average engagement rates are low (1.4%) with most competitors using the platform to spread awareness around new videos, initiatives, and spur community engagement.

Despite TikTok’s drastic growth in popularity in 2020, competition is still relatively low for kids content creators.

TikTok is the only other social media platform, other than YouTube, in the Top 10 most popular entertainment platforms among kids under 5 (according to parents in the US as of Aug. 2020).

Creators who have tapped into this growing channel have enjoyed a high number of views and higher than average engagement rates.

Competitors post short clips from their YouTube videos on TikTok and include a link to their YouTube channel in their bio to drive awareness and traffic (not all are vertically optimizing).

Creators whose main focus is nursery rhymes have focused on expanding their reach through audio platforms such as Spotify.

Nursery rhyme creators on Spotify saw significant follower growth in 2020, with an average increase of +415%, while CoComelon skyrocketed from 5K to 60K monthly followers (+1,148%).

Audio platforms have growth potential as 17% of 3-12 years old in the UK own their own smart speaker and 14% use voice to control their devices.

PinkFong listenership is significantly higher than othervnursery rhyme creators, which is most likely attributed to their hit song “Baby Shark” (currently at ~267M plays).

Cocomelon has seen the highest growth in their channel following, jumping from 5k to 60k during 2020. Similar growth is seen in their number of monthly listeners, from 40K to +700K in 2020.

Little Baby Bum has a high listeners retention rate (similar to El Reino Infantil)  and saw a +60% increase in monthly listeners in 2020.

ChuChuTV doubled its followers in 2020 and retained stable listenership with slight increase in monthly listener growth.

The main channel outside of YouTube for kid vloggers is Instagram where they receive slightly above average engagement.

Apps are a great tool to provide value to and engage with the target audience, as two-thirds of 3-5 year olds have their own tablet to watch videos and play games.

Pinkfong is leading the app space with almost 2M downloads to date and over 12K daily active users.