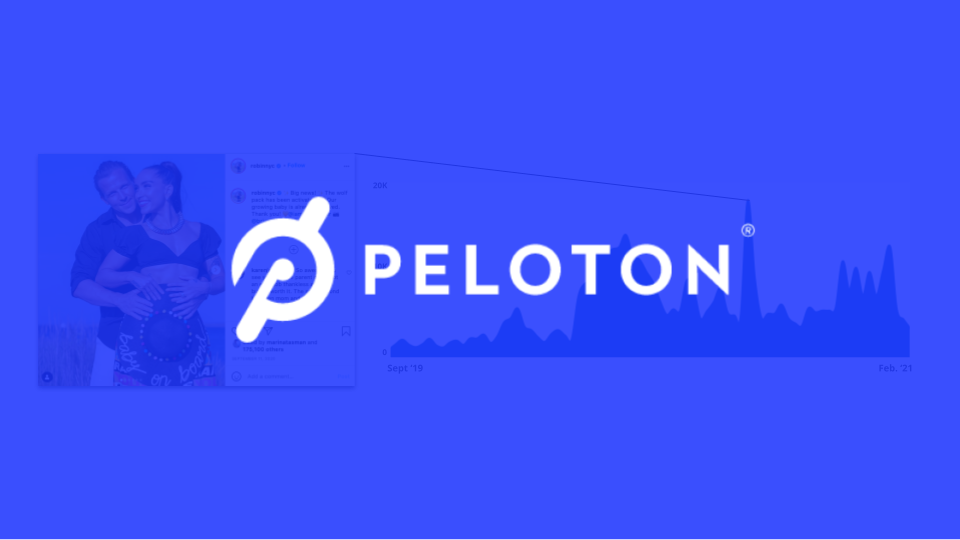 Social Media Strategy — Diversify Message: Robin builds a strong content strategy by being visible on channels such as Instagram (over 6K posts) and Youtube (43 posts). She uses social media to tell stories, share fitness and wellness tips and build relationships beyond her classes. To tie her content together she uses many features across Instagram to cross-post and raise awareness about her YouTube and external press interviews.

Brand Awareness Tactic — Building Strong Ties: Without a doubt Robin has managed to create a publicity ecosystem where she and Peloton are very strongly tied together. The story she tells is consistent but innovative. With each relationship she explores beyond her personal network, her PR strategy combines three themes:

Channel Strategy - Repurpose Content & Collaborate: In order to spread her message and build visibility across many channels Robin repurposes content across YouTube and Instagram to build accessible touch points for everyone. She also invites others to participate in interviews, offering them space to talk and share their stories in a series called ‘Hustlers at Home’ where she features other influential people in fitness, culture and business. This expands her reach for those who repost and promote their chats. She solidifies this strategy by sharing content across platforms.

Robin Arzon currently has the largest Instagram audience (with 731K followers) compared to all other Peloton instructors.

In March 2020 as COVID-19 was declared a pandemic, Robin Arzon saw a +86% spike in average weekly followers on Instagram MoM. Overall, Robin’s following has increased +120% YoY in January 2021.

Around the same time as Robin’s first follower increase in March 2020, Peloton saw a +118% spike in search interest on Google, which may have contributed to Robin’s growing popularity.

As gyms were officially closing due to the pandemic, Robin published a series of Instagram posts about resilience, having a positive outlook and pushing through despite difficult times.

Robin developed a close relationship with her followers via personal updates. When she shared her pregnancy announcement on Instagram, she gained 15,727 followers (+271%) that week and received over 175K likes on her post.

Since March 2020, 100% of Robin’s top posts have revolved around her pregnancy. Posts with the most engagement promote body positivity and female empowerment as a core aspect of her brand.

Robin created her own series on Instagram and YouTube called “Hustlers at Home” where she conducts interviews in a Q&A format. She has posted 13 IGTVs garnering over 858K views.

The majority of Robin’s posts have long captions that include a fitness tip or refer to an on-demand class Peloton users can take related to her post.

Out of her last nine posts, Robin’s captions averaged at about 108 words. This is about +54% higher than the average user’s caption length. 44% of the nine posts ended with a question that encouraged followers to engage in the comments.

Robin repurposes her content by hosting IG Lives and saving them to IGTVs so viewers can revisit videos if they weren’t available for the live version.

While on YouTube Robin has a much smaller audience (11K subscribers), her top video generated 35K views which is more than 3x her subscriber base.

Typically, Robin’s videos receive 5.4K views while videos addressing her personal life have received +376% more views on average. Robin is not afraid to share her personal life experiences with her followers. On YouTube she gave regular updates during her pregnancy and talked about how she made a career change. Typically Robin’s videos are about 10-15 minutes in length.

Often to announce the creation of a new YouTube video, Robin will cross-post on her Instagram feed to bring awareness to the platform and theme of the new video.

Beyond connecting with people through her own channels, Robin Arzon’s PR strategy is strong and consistent. She reaches beyond her network to share her personal near-death experience with other media outlets.

In this article Robin opens up about her past including her childhood, her near-death experience and how it propelled her into running which ultimately took her from a litigation career into Peloton.

As an extension to traditional news articles, Robin participates in YouTube collaborations to tell her inspirational story across multiple platforms, including SHAPE Magazine and the Rachael Ray Show.

Robin brings the content she is working on with others back into her personal network by reposting and sharing them on Instagram.

In March 2021, People Magazine posted an exclusive with Robin highlighting the birth of her new daughter which garnered over 121K engagement on social media.