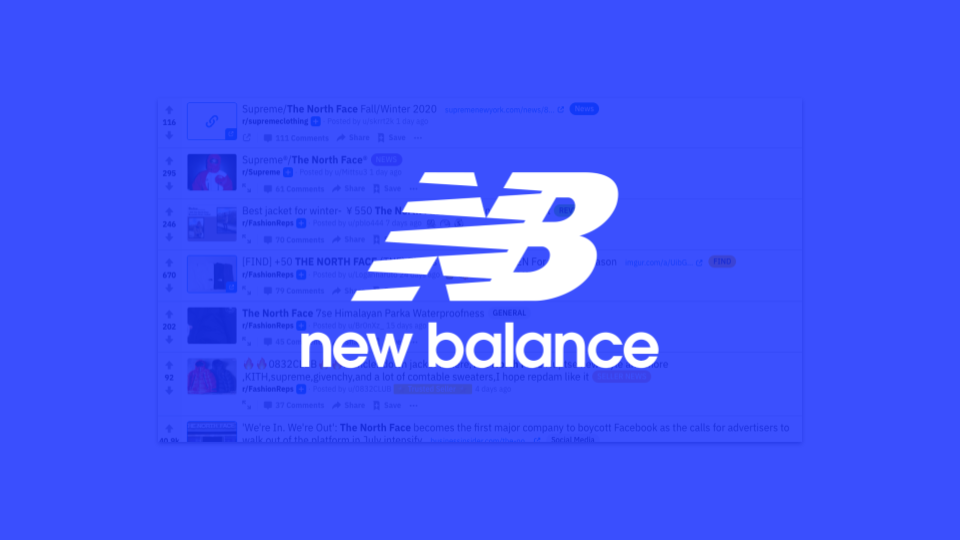 How Outdoor Apparel Leaders Use reddit to Drive Traffic

Focus Allocation — Reddit: There are three factors that suggest reddit as a white space for reaching an audience that is interested in outdoor related apparel and gear.

Tactic — Reddit Advertising: Some brands successfully activated on reddit organically, however many other have failed to do so due to the culture of the platform. Organic activations can be considered, and some examples are provided in this case study, but advertising is a less risky and proven method to activate on the platform.‍

Tactic — Subreddit Targeting: Run ads on specific subreddits that cater to the interests of your target audience. Use tools such as redditlist.com to identify the top subreddits for various interest categories such as humor, outdoor sports, and travel.

For Canadian Outdoor Retailers, reddit drives the second highest volume of social site traffic. For the competitive set, reddit makes up an average of 15% of their desktop social traffic*.

Patagonia, The North Face, & REI all derive a significant portion of their web traffic from reddit—with an average of 48% of social desktop web traffic.

Surprisingly, Patagonia, The North Face, & REI have not spent a significant amount on reddit ads within Canada & the US over the past six months. This is a potential white space opportunity to capitalize on a platform with minimal competitor focus.

The North Face ran reddit ads for the first time in September of 2020 with a budget of $12,400 (2.5% of total ad spend for the period). This campaign resulted in 2X MoM increase in traffic generated from reddit.

The North Face’s September reddit ads focus on both regular product promotion as well as awareness around their gift guide.

Organically on Reddit, The North Face is featured the most often on the subreddit r/FashionReps, where users post and discuss about replica clothings items which typically include user created brand collaborations.

The North Face, REI, & Patagonia all have their own dedicated subreddits. Despite comparatively low members counts, the subreddits provide significant value to the brands as they can monitor over 1K+ people who are regularly posting questions about their products.

One of the most popular post topics on REI’s subreddit is centered around “garage sale finds,” where users show off items they found or think they got a great deal on which further helps promote REI’s Garage Sale concept.

Last month Patagonia had pictures of their clothing tags go viral and were featured on various subreddits (40K+ cumulative upvotes). Despite being a political charged message, this is an excellent example of how an offline initiative can lead to virality on reddit resulting in increased brand awareness.

On reddit brands can run ads on specific subreddits that cater to the interests of your target audience, such as the following:

However, some brands have found creative ways to promote themselves on reddit without using Display ads through sponsoring posts and AMAs (Ask Me Anything):

The majority of reddit’s audience is male and between the ages of 18-34. Keep this in mind when creating ads specifically catered for Reddit