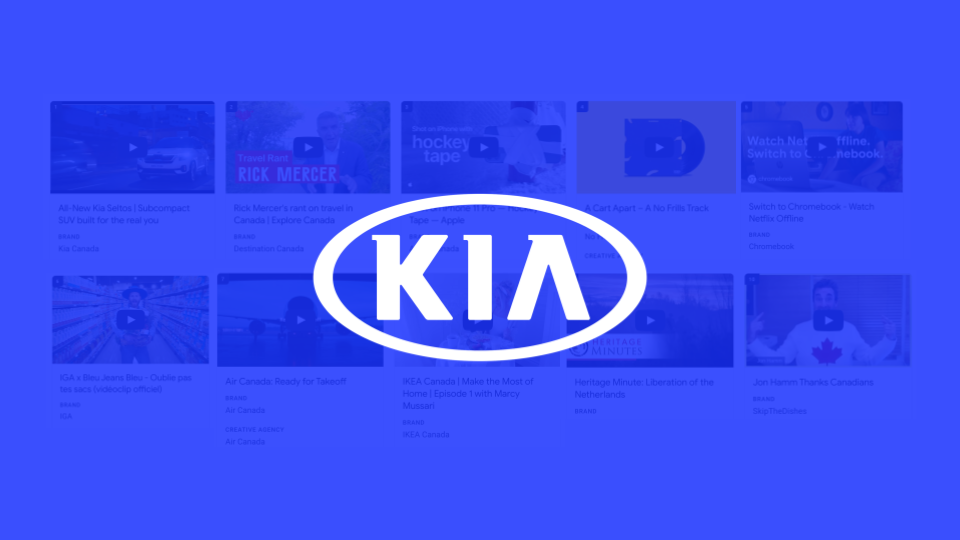 The KIA Seltos advertisement was able to claim the #1 spot by featuring the following best practices:

Choose Actors in the Same Age Range as Your Target Audience:

Every year, YouTube creates a list of “Top 10 Ads Canadians Chose to Watch.” Videos are ranked based on factors such as organic views, paid views, as well as watch time and audience retention.

The video (English and French versions combined) gained 7M views, making it the most popular video on the Kia Canada YouTube channel.

KIA Seltos appeals to a younger demographic and calls to “stay stylish and stay connected”, claiming that Seltos is “the perfect fit for your world and everything that comes with it.”

The video used Instagram-style filters and “standard” car frames shots from different angles. Most importantly, rather than being voiced over, the ad features Billie Eilish’s song called “Bad Boy.”

The editing of the video featured multiple transitions, which were in sync to the beat of the advertisement’s main soundtrack. This is a common editing style that has been trending on TikTok with the younger demographic.

The slick editing of the video combined with Billie Eilish’s song resonated with a younger, millennial audience.

However, there was a fair amount of those who wanted to learn more about the specific features of the car with proper shots of the exterior.

The use of Bilie Eilish’s catchy tune caught the attention of many viewers as they commented to ask for the name of the track featured in the advertisement.