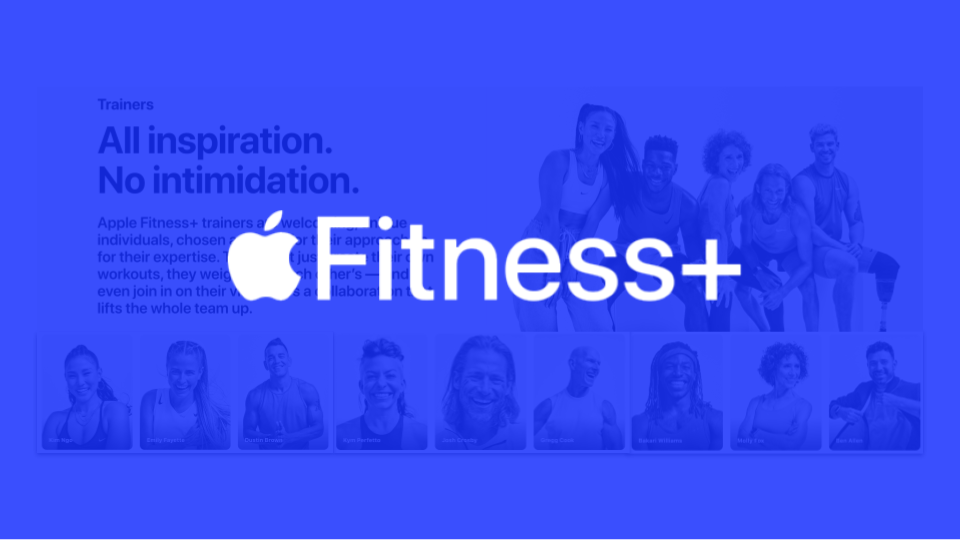 Content & Messaging — Consistent Branding: Since its launch in December 2020, Apple Fitness+ initiated a clear and concise rollout relying almost entirely on their instructors. In doing so they have been able to create a content roadmap that is consistent, enabling connections to be made between the platform and its output, the fitness classes. They have chosen soft greyscale grading on all their fitness instructors’ introduction and profile imagery. The marketing content maintains clear, bright and clean environments that are shared by instructors and accessed by subscribers on the platform.

Instagram Tactic — Unified Launch: Apple Fitness+ has entirely relied on their instructors’ combined Instagram reach of 488K followers to propel and build the brand and their social media. This enabled them to gain 70K followers in about six months since first launching their instructor pool. They followed a clear timeline that focused on:

Platform Rollout at a Glance

Apple assembled a very diverse group of 21 instructors, each specializing in core areas of fitness anywhere from cycling, treadmill, mindful cooldowns and more.

On September 15, 2020, Apple announced Fitness+. Instructors introduced their affiliation using the hashtag #CloseYourRings, together these posts generated over 44.8K engagements.

All instructors followed a similar template for their Instagram bios following the launch. This includes imagery, Fitness+ affiliation tag and landing page alignment for their profile link.

After the reveal, instructors started making Fitness+ the main focus of their Instagram accounts, seeing anywhere from 57%-99% saturation of class-related content in their feeds.

Since September, each instructors’ Instagram following has grown by +65% on average. LaShaw Jones (dancer), Bakari Williams (dancer) and Sam Sanchez (runner) gained the most new followers.

Apple Fitness+ instructors amplify each others’ personal brands by tagging and cross-promoting each other. Fans of specific instructors are then directly linked to other trainers on the platform.

Apple launched its Instagram page with instructor introductions and class descriptions. No further information about the platform was provided until launch about three months later.

The Apple Fitness+ account grew to over 70K followers in six months. Apple does not cross promote their accounts, so there was no mention of the new account on either @apple nor @applemusic.

Apple spent $237K on paid advertising to promote Fitness+ across Twitter and YouTube. The ad creatives feature instructors and referenced them as the “world's best trainers”.

90% of the ad spend since December 2020 has gone into YouTube advertising. The creative features instructors but takes a stronger stance to demonstrate the Apple Watch and Fitness+ integration.