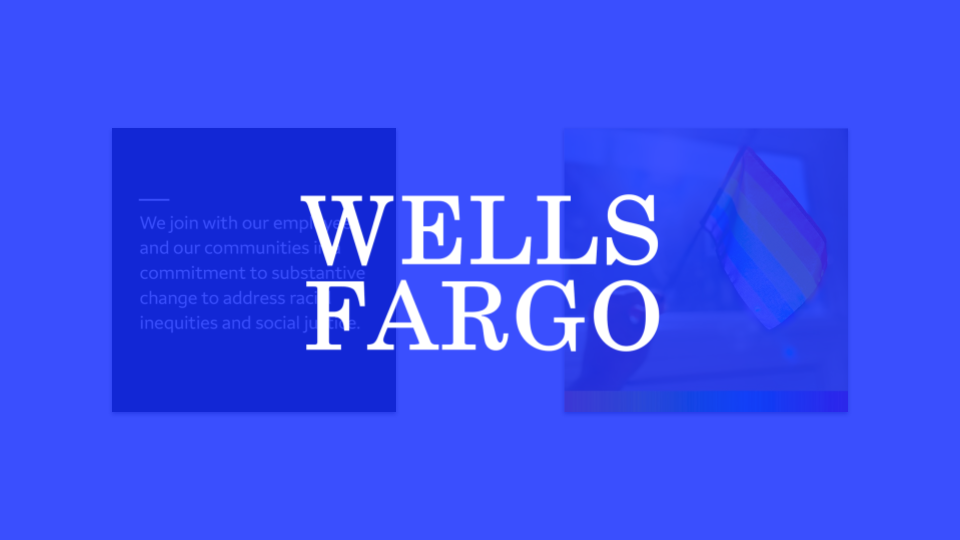 As racial and LGBTQ equality became hot button topics in the US, Wells Fargo directly addressed both on Instagram in June, leading to significant spikes in weekly Instagram followers and total engagement. In June, almost all (89%) of Wells Fargo’s efforts on Instagram were focused on their commitment to both fighting racial inequality and championing the rights of the LGBTQ community.

Don’t avoid the conversation, join it. As evidenced by the positive responses to Wells Fargo’s posts, consumers appreciate when the brands that they’re associated directly address major issues and maintain an open, transparent dialogue while outlining concrete steps they’re taking to improve their commitment to a given issue.

During the first week of June, Wells Fargo saw a +147% increase in average weekly new followers on Instagram, followed by a +67% increase the week after.

Zooming in on the first two weeks of June, the spikes in followers and engagement can primarily be attributed to two posts — both of which directly address current social issues: Racial Inequality and LGBTQ Discrimination.