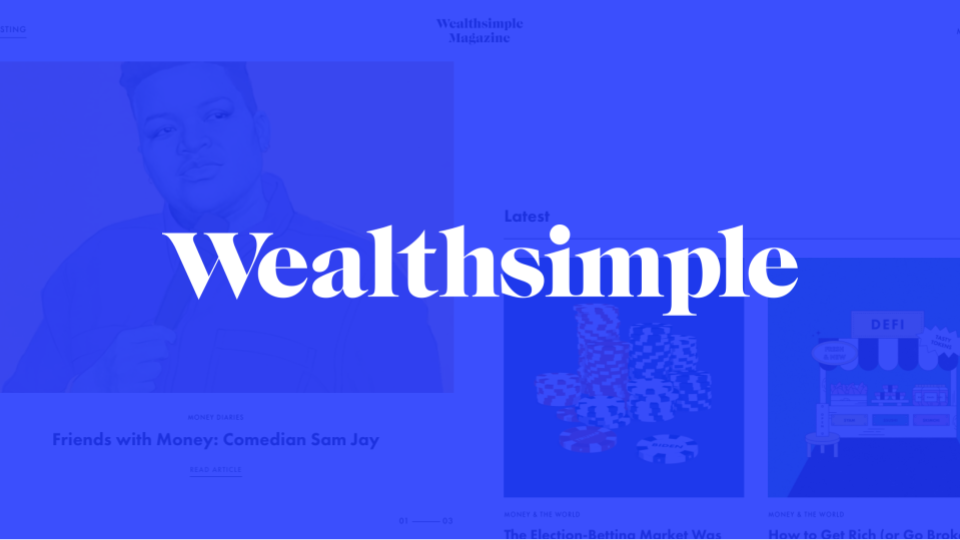 Adding interactive elements to online blogs and web pages can increase engagement and time spent on the page: Animations, interactive visuals, and an overall UX design refresh with articles addressing timely and relevant topics can help boost web traffic to the blog.

In mid-July, Wealthsimple announced via Instagram that they had refreshed the “aesthetics” of their online magazine. Wealthsimple used a short video to highlight features of the new look and feel.

As a result of refreshing the magazine and promoting it on social, the magazine homepage saw a +558% MoM increase in web traffic in July.

Wealthsimple’s magazine differs from the learn section of their website in that it focuses more on finance related stories rather than just personal finance topics.

Wealthsimple added a pale pastel background and reduced the size of their magazine logo. The new first page layout highlights a “featured” article as well as the “latest” articles. This is in direct contrast with the old layout which listed the articles by their different groups (i.e. Money Diaries, How To, News, etc.).

Further interaction is seen when the articles are clicked and the image pops to the left of the screen while the text loads.

The new magazine layout also features large quotes which stand out from the page. These quotes come direct from articles and are meant to hook in the reader and entice them to click through to the article (a link is placed below the quote).

The articles themselves have also been updated and focus on topics that appeal to millennials such as Animal Crossing, world-class drag performers, and bull market investing advice.