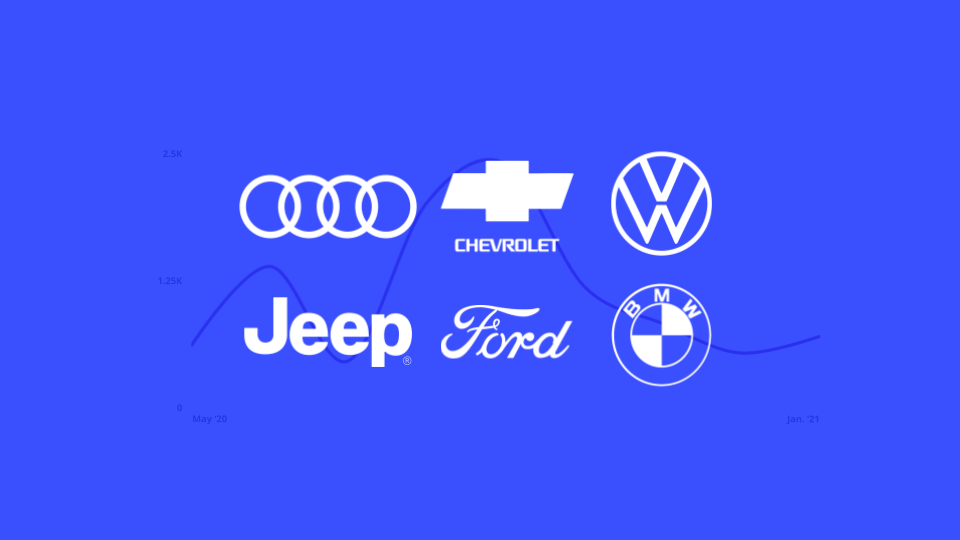 Automotive brands are running social contests with the objective of raising brand awareness and generating engagement amongst their audience.

To increase brand awareness, Audi Canada partnered up with LEGO for a giveaway where 5 winners received a 1985 Audi Sport Quattro S1 LEGO set.

As a result of this giveaway, Audi Canada increased their number of new followers on Instagram by +135% MoM in June of 2020.

To raise awareness of BMW’s virtual auto show, BMW hosted a giveaway where participants had to enter their email address and register for the virtual show for a chance to win 1 of 200 giveaways.

Both Chevrolet & Volkswagen partnered up with other brands for giveaways to amplify the contests and reach new audiences.

Jeep ran two contests where both prizes were gift cards/vouchers that could be used towards the purchase of a car or on Amazon.

Volkswagen ran a #BeTheChange contest, where the audience had to comment and share what they are doing to #BeTheChange in their own community.

Ford encouraged their followers to create UGC, by asking them to post photos of their Ford vehicles to win a professionally edited version of their car photo.

The ROI for SeatGeek from the partnership with David ended up being quite significant compared to the estimated cost, gaining 2M followers in three days.