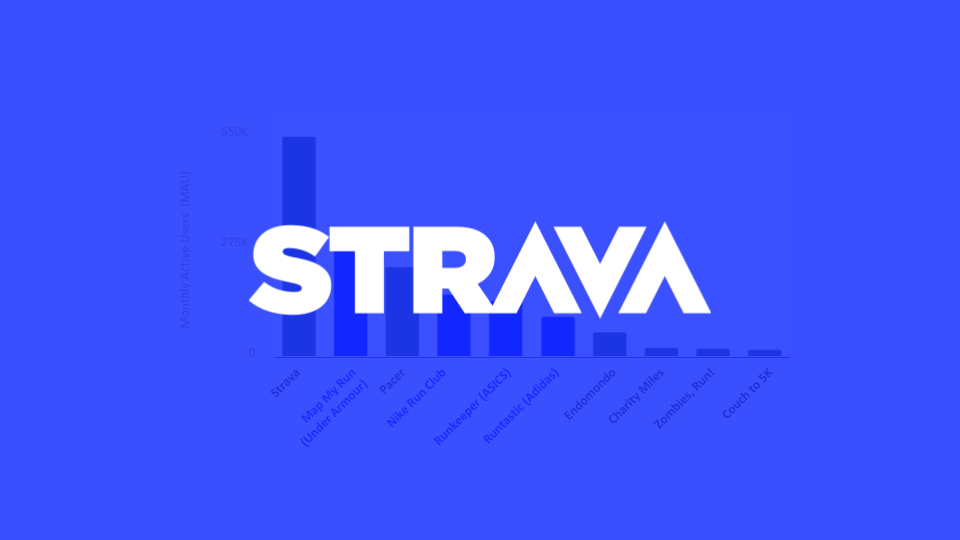 Tactics — Loyalty & Brand Building With Apps: Over 1 million North Americans use branded run tracking apps every month on Android Alone. Leading run apparel brands are leveraging these apps to strengthen their relationship with a dedicated user base.

In total, the top run tracking apps serve over 1 million highly engaged North American runners on Android that use their app at least once per month.

This figure does not include iOS.

Under Armour’s Map My Run App has consistently remained the most popular branded tracking app amongst runners, only second to Strava.

Pacer and Strava are the two largest run tracking apps that are not owned by running apparel brands.

Adidas’ Runtastic app has its own blog and social accounts (@adidasruntastic) that are separate from the @adidasrunning account. Beyond brand building, the Runtastic blog also drives users to Adidas’ eCommerce site.

The top articles on the Runtastic blog in July focused on strength training and at-home workouts for beginners: