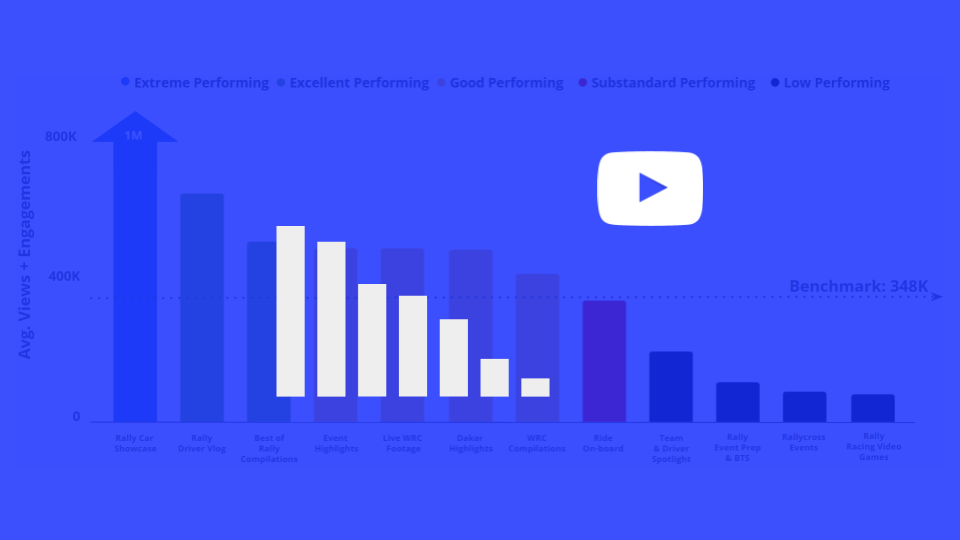 These videos focus on rally cars and their capabilities, giving viewers insight into the setup, engine sound, acceleration speeds and RPMs.

The following viral videos were omitted from the data set to avoid any skewing.

Vlogs that follow professional rally drivers and their teams as they test and modify cars or compete in rally events. The top videos in this category are from Ken Block.

Compilation-style footage of the most memorable moments in rally history. These videos are not limited to specific races or drivers.

Rally legend Ken Block’s daughter gets her first car and this video documents the car’s details and rebuild plans.