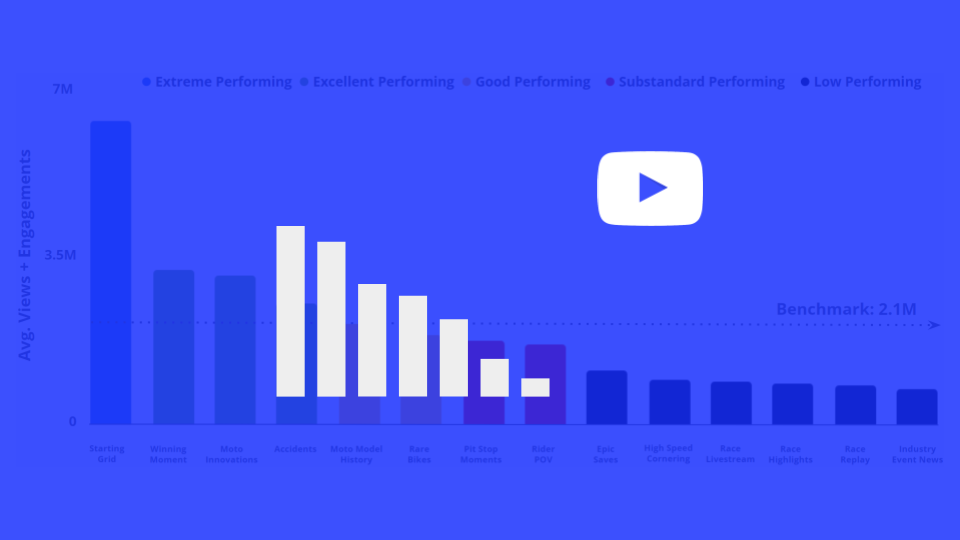 Let the Race Begin: Videos are short-form content highlighting an athlete’s starting grid position and impressive maneuvers to move ahead of the pack.

To the Podium: Videos compile short snippets of the athlete’s winning performance during the race.

Crash Landing: Filming the split-second moments of the accident occurring and the aftermath of the crash.

Tactics: The close-up filming and unedited real-time footage gives the viewer the experience of being at the pit stop during that moment.

Tactics: The video cover photo uses the scariest moment of the video (where the fireball is the most prevalent) to attract more clicks.

‍Tactics: Indonesia’s MotoGP race live stream received one of the highest views because of the popularity of MotoGP in the country (see interest by region).

Tactics: The video covers the entire timeline of a news event starting from the beginning to present day in a short amount of time.