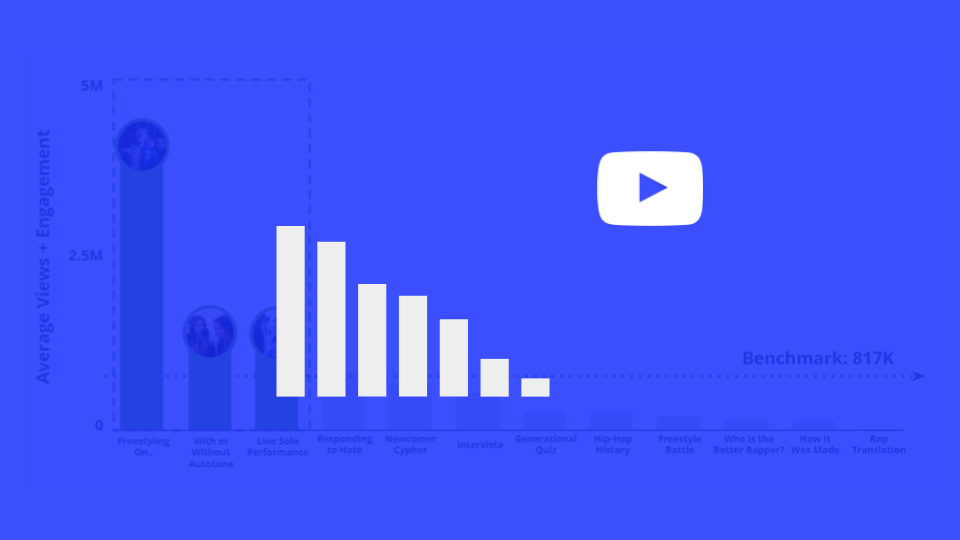 Content buckets that had the highest average views & engagement in the Italian hip-hop space include:

“Freestyling On…” focuses on rappers putting their own spins on classic beats the world has grown to love from Dr. Dre to The Notorious B.I.G.

2. With or Without Autotune

Fans are showing interest in content that gives them insight into what their favourite (or least favourite) artists sound like without autotune.

Content Opportunities: There is a clear interest by the Italian rap community in exploring what artists sound like without autotune. All of the formats currently follow a comparison format whereas a series focusing only on no autotune performances is lacking.

Live Solo Performances focus on Italian rappers stepping up to the mic in a controlled setting to perform a song or series of songs for a video.

Content Opportunities: While interest is high in this segment there seems to be a gap in the live performance sector with acoustic or live production accompaniment to the rappers.

Noisey Italia created a segment called “The People Versus” where rappers are invited on to read negative & funny comments on the internet about them and respond.

Content Opportunities: Instead of addressing the negative comments on the internet, see if there is a way to tap into artist-fan relationships in a way that can evoke personality from the artist either through fan prompts for a rap series or live fan questions.