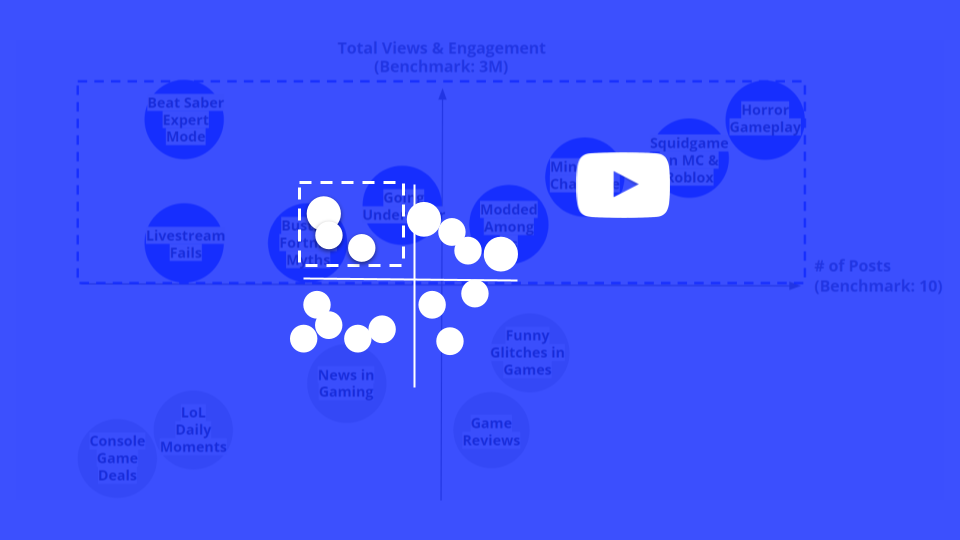 The Gaming & eSports industry can find content opportunities in Q1 2022 from:

Busting Fortnite Myths. Gamers seek to bust myths about Fortnite, putting these rumours and theories to the test.

Livestream Fails. Popular YouTube gamers react to funny clips of livestream fails that have gone viral on the internet.

YouTube is a major channel whitespace opportunity for Gaming brands to reach their audience in Q1 2022, according to RightMetric’s Digital Whitespace Map™ Analysis.

Content to avoid due to low attention and high competitor saturation in the gaming space include:

Going Undercover in Tournaments. Well-known gaming personalities on YouTube go “undercover” to compete in various tournaments hosted by other well-known YouTubers. The objective is to try to win the competition while keeping their identities undetected.

Real or Fake? Gamers seek to bust myths about Fortnite, putting these rumours and theories to the test.