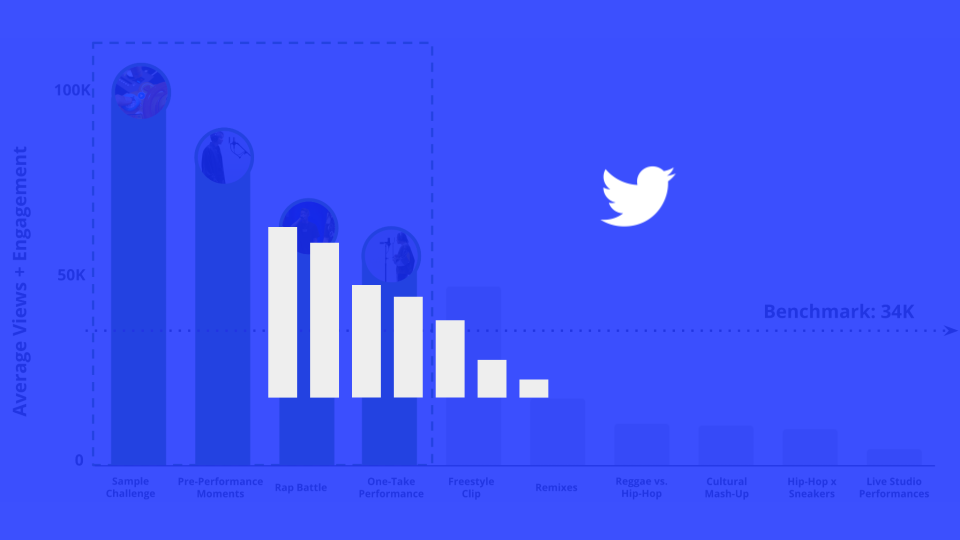 *Penetration rate is the the percentage of the relevant population that has app downloaded.

Pre-recording moment videos showcase the rituals and shenanigans that happen moments before artists perform at The First Take. Tweets promote the premiere of the full videos, usually the day before the video launches.

Tweets feature clips from various rap battles hosted by 真・ADRENALINE and 凱旋MCbattle. Rap battle videos feature rappers competing on a stage to see who has the best verses.

Studio Snippets are teasers from artists' performances at The First Take. These tweets aim to drive traffic to the full performance video on YouTube.

Tactics - In this video, rapper Travis Scott discusses his style heroes. The video is in English and features subtitles in Japanese. This video generated 70x benchmark for views and engagements.

Tactics - In this video, Matt Cab creates a beat only using his son’s “Anpanman” toy. Think outside the box and get creative with sounds to sample.

Made a beat using only sounds from my son’s “Anpanman” toy 🤣 pic.twitter.com/eINQdxVYJa

Length: Both the viral rap battle videos were between 40-50 seconds in length.