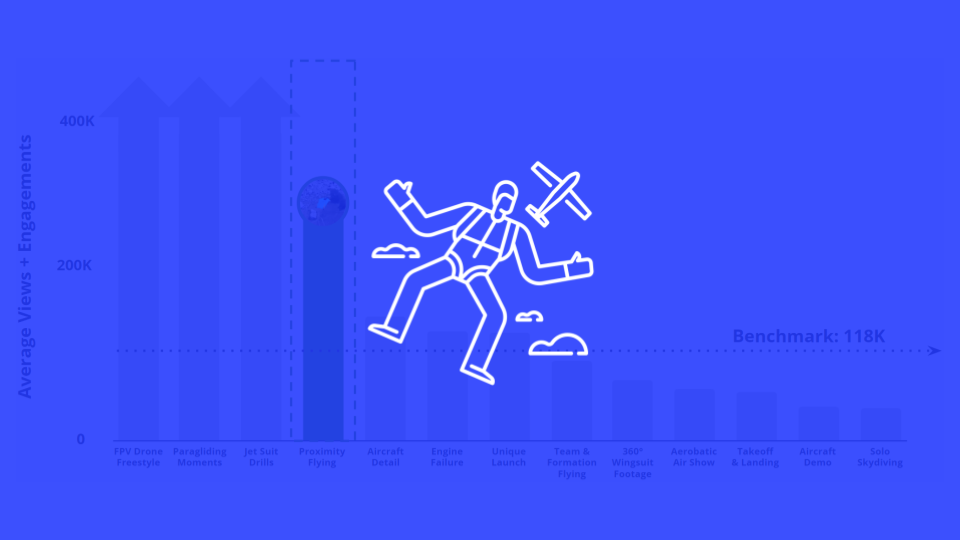 Top moments from paragliding sessions include takeoffs, landings and unique tricks such as rolling and flipping mid-air.

Experimenting with jet suits to show how they accomplish specific tasks related to military & medic missions or time to arrive at a destination.

Traditionally wingsuit BASE jumping, where the athlete takes off and flies in proximity to cliff faces and valleys.

Owners take viewers through the details of their aircraft from tours to equipment upgrades.

While this content category may not have been top performing - it has a great concept that could be executed and experimented with.

28 seconds in length this video features the preparation of an athlete to jump & complete a 360-degree spin before flying.

40 seconds in length this video features two athletes attaching themselves and switching between paragliding, wingsuit rodeo and parachuting.

1 minute in length this video features five athletes skydiving with wingsuits as they arrange themselves into formation mid-air.