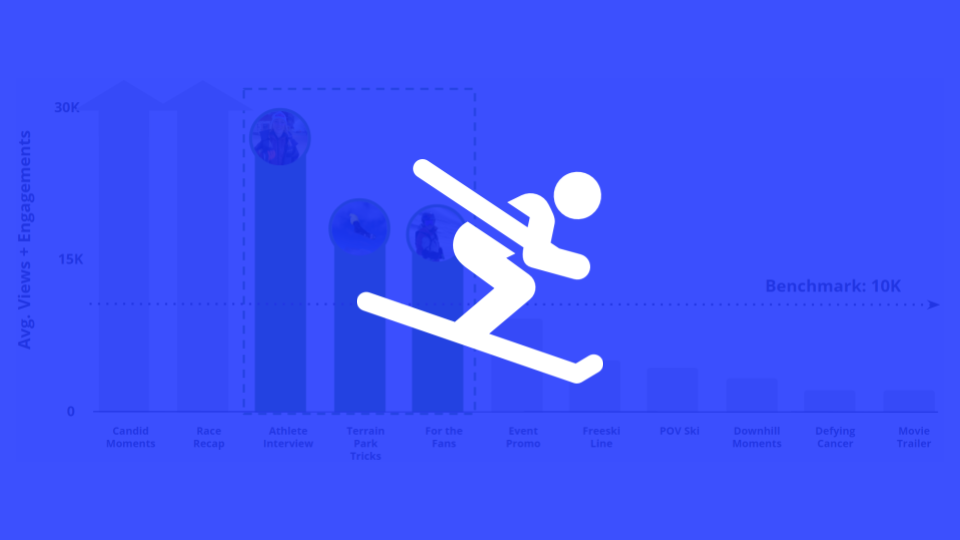 Videos in this category are organically posted by athletes and cover elements of their personal lives, events, and achievements both on and off the slopes.

Race highlights featuring an athlete’s entire run down a slope. The audio either features crowds cheering or narration by professional sports commentators.

Athletes answering interview questions or talking about their feelings after a race or a big win.

Impressive footage of athletes getting air while performing jumps and tricks in a terrain park.

Content: Insane footage of an athlete dropping in from the top of a mountain and freeskiing all the way to the bottom. No music is used and the helicopter noise and radio audio is left in.

Content: This video showcases the behind the scenes on how an athlete trains for their ski season events and gives a glimpse into the unique training machines used.

Content: Mikaela Shiffrin creates a witty video by pairing an impressive video of her skiing past training poles and making them fall with music that contains the lyrics “still falling for you”.

Content: The video showcases Burton’s warranty policy by showcasing a scenario where someone broke their gear and giving them a behind the scenes look into how one can get their gear repaired.