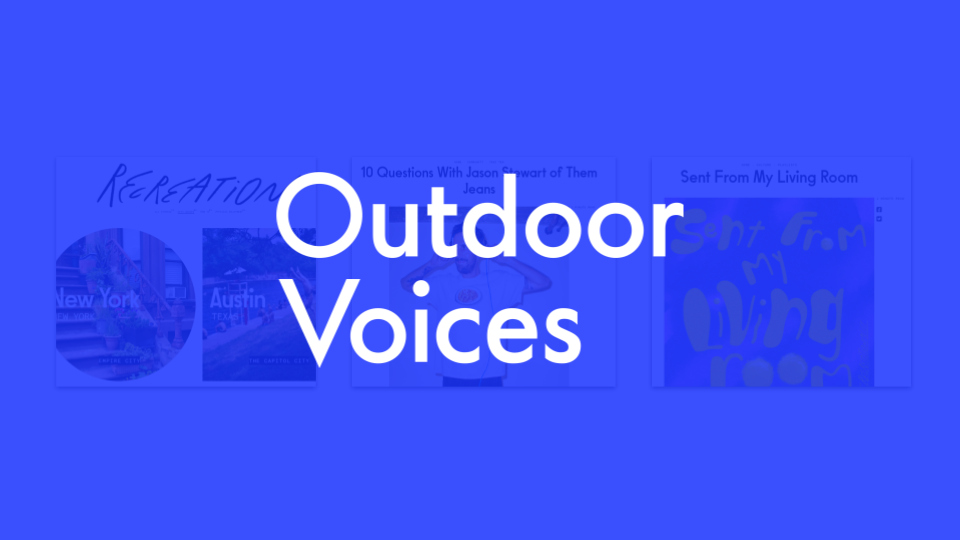 Increasing Traffic By Launching a Branded Culture and Media Publication

Content & Messaging — Educate & Entertain In Line With Brand Values: All of TR’s content & messaging is oriented around Outdoor Voices’ core values (and audience interests) of recreation, play, social values, and culture. TR is likely resonating well with the audience by programming content that directly serves the audience’s interests while still connecting to OV’s core values.

Content & Messaging — Brand Agnostic: TR’s content and messaging is brand agnostic. It doesn’t solely promote OV. In fact, it rarely promotes OV products at all. The focus is on educating and entertaining the audience.

Content  & Messaging — Aligned With All Genders’ Interests: Almost double the proportion of site visitors to TR are male (37%) compared to OV’s eCommerce site, which only sees 21% male visitors. TR’s content & messaging—both on-site and on social—are strictly gender-neutral, with a heavy focus on adventures, recreation, music, sports, and gender-neutral fashion. Through TR, OV has found a way to connect with its male audience without alienating its core female audience.

Outdoor Voices’ blog (The Recreationalist) has a significantly higher male audience (37%) when compared to the eCommerce website (21%).

Since officially launching their blog in July of 2020, there has been a +152% increase in site traffic, with September generating the highest volume of monthly site visits at 21K.

The Recreationalist is a content marketing platform that acts as a resource guide to inspire, guide, and motivate Outdoor Voices’ audience. The main focus is on recreation and what people are passionate about in their daily lives. The blog focuses on topics outside of fitness such as music, culture, and travel.

The majority of top performing blog posts are gender neutral, such as city guides and music playlists. The third most popular blog post was a Q&A with Jason Stewart which was geared more towards males.

On Instagram, there is a stark contrast between The Recreationalist’s IG page—which includes a balance of male and female influencers—compared to the Outdoor Voices IG page which almost exclusively uses female models and influencers.

Some of The Recreationalist’s top social posts are collabs with micro male influencers in the creative industry featuring throwback posts of professional athletes to cater to their male audience.

The Recreationalist works with micro influencers who are in the creative industry such as DJs, photographers, and stylists. The account alsofeatures throwback photos of professional athletes such as Michael Jordan and Muhammad Ali.