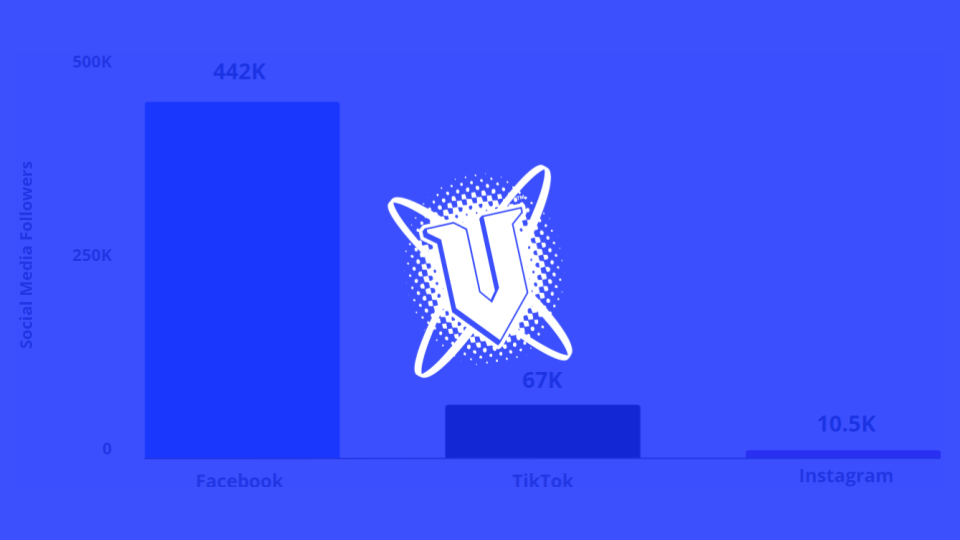 V is an energy drink brand produced by Frucor, a New Zealand-based beverage manufacturer. It was launched in Methven, New Zealand in August 1997 and in Australia in 1999. (Source)

The brand primarily collaborates with lifestyle creators, musicians, drag queens, and ‘other’ content creators such as a car content creator, sommelier, and a basketball trickshot creator.

V Energy has the highest number of followers on Facebook (442K), followed by TikTok (67K).

Looking at the posting cadence and engagement rate over the last 18 months, V Energy focused the most on TikTok.

The number of social media posts include both posts published by influencers and non-influencers.

V Energy relies on its network of trusted influencers to drive brand awareness on TikTok.

The brand mainly collaborates with Mid-Tier (50-500K) and Nano (1K-10K) influencers who are lifestyle creators, musicians, and drag queens.

Musician Adam Tahere is the most-followed influencer in V Energy’s roaster, who has a 1.7M fan community on TikTok.

Between April 2021 and October 2022, V Energy has collaborated with 19 influencers, who mainly promote the brand on TikTok.

Adam Tahere, a musician, has 1.7M followers, which is the highest number amongst V Energy influencers.

Musician Adam Tahere and drag queen Kita Mean are the most active influencers when it comes to the number of posts they create for V Energy. On average, V Energy collaborators post less than once every six months (0.6 posts in 6 months).

58% of V Energy’s influencers are lifestyle creators, followed by musicians (11%), drag queens (11%), and other (21%) content creators such as basketball trick shot influencers and sommeliers.

These posts by Niko (lifestyle creator), Scary Supra (car content creator), and Adam Tahere (musician) collected the highest number of engagements. These posts consisted of skits about V Energy’s flavours, POV of drinking V Energy, and using the drink can to create music.

Majority of influencers focus on promoting V Energy by taking a drink from the can at the beginning of each video.

Influencers utilized V Energy’s drink can in creative ways such as making music or spinning it on a basketball. Other influencers created skits to describe how good V Energys drinks are.