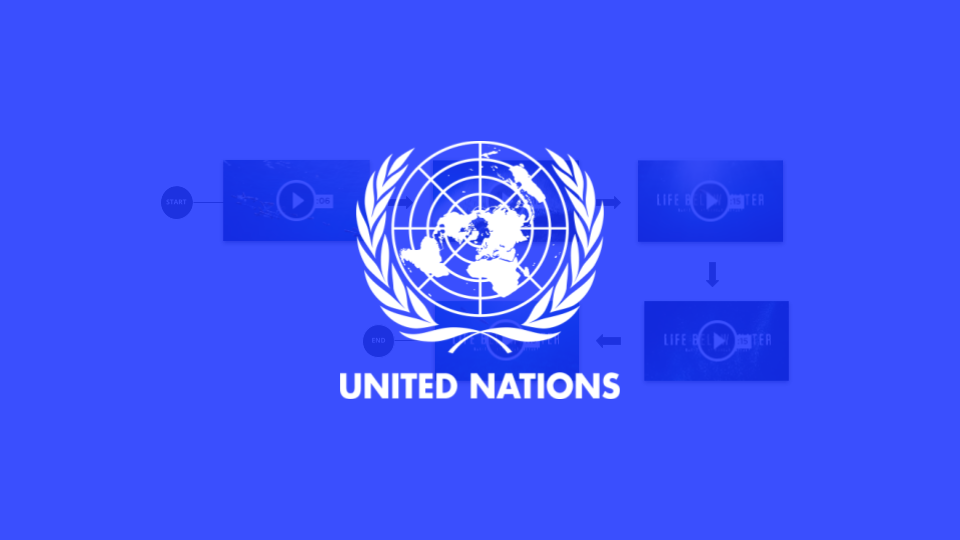 How the UN 29X’d Traffic With Sequentially Retargeted YouTube Ads

Sequential Ad Tactic — Increase Ad Frequency Through Sequencing: Serving multiple variations of an ad in a specific order is more effective than serving the same ad multiple times to the same audience. According to a study by IPSOS, a sequenced ad strategy had the highest brand awareness, ad recall, and purchase intent lift compared to serving one 30 second TrueView ad on YouTube. ‍

Content & Messaging — Consistent Visual Cues: When executing a sequential ad strategy, it is important to have consistent visuals (background, color, copy, actors, etc.) to allow viewers to connect the dots of the story. At the beginning or end of each ad, include the same frame or logo to make the ad easily recognizable throughout the entire sequence. ‍

Sequential Ad Tactic — Segment Your Viewers: Not all viewers need to follow the same sequence. A sequential ad strategy allows brands to segment between engaged viewers and skippers (viewers who chose to skip an ad after 5 seconds). Acknowledge the fact that skippers chose to skip the ad and re-engage them with new content. A sequenced ad strategy gives brands the rare opportunity at a second chance—take full advantage of this by hitting them with new content!‍

Sequential Ad Tactic — Front Load Your Ad Sequence: Not everyone will make it through the entire ad sequence. Make sure to include the most important parts of the campaign in the beginning of the journey rather than focusing on the end. Reinforce your main message in the first 2-3 seconds of the advertisement.

What is a sequential ad strategy?

Furthermore, adding an additional sequenced ad increased brand awareness, ad recall, and purchase intent lift across the board. Serving different creatives in a sequential order is more effective than serving the same ad to a user multiple times.

There are various types of sequential ad strategies, as shown below:

Global Goals, an NPO created by the United Nations, launched a sequential YouTube campaign with the main goal of raising awareness around littering and marine debris.

Global Goals adopted the “Tease, Amplify, Echo” sequence where they primed their viewers with bite-sized content, and then retargeted them with a full-length advertisement. Lastly, they reinforced their messaging through multiple series of 15s ads.

Global Goals launched another campaign where they treated engaged viewers and skippers differently. A sequenced ad strategy gives you the opportunity to re-engage viewers who decided to skip your advertisements.

Global Goals directly spoke to the “skippers” audience by having Gilbert Gottfried, a comedian, poke fun at the viewers by asking them “why did you have to skip?” at the beginning of the ad.

In a sequential ad strategy, it is important for all of the ads to have consistent visuals (color, background, copy, etc.) to allow the viewers to easily connect the dots. Consistent visual cues can result in a lift in ad recall.

As a result of the sequential YouTube campaign, Global Goals saw a +2892% increase in web traffic driven by YouTube.]