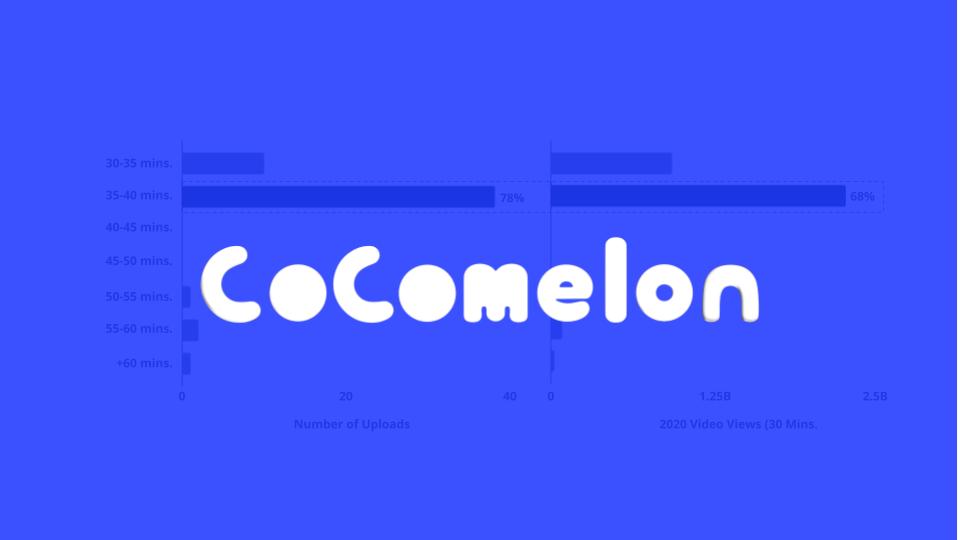 How CoComelon Became The Third Largest Channel on YouTube

On YouTube, CoComelon’s audience is evenly split between male and female, with 65% concentrated between the ages of 18-34. This age concentration is most likely representative of parents and siblings whose devices are being used to access the content.

CoComelon’s YouTube audience is primarily concentrated (39%) in the United States, followed by the Philippines (15%) and India (5%). African countries such as Kenya, South Africa, & Algeria only make up <1% of CoComelon’s audience.

On Instagram, CoComelon’s audience heavily skews female, with a significant female concentration (42%) between 25-34.

CoComelon’s Instagram audience is primarily concentrated in the US (48%), followed by Brazil and the UK. On Instagram, African countries command a larger share of the audience than on YouTube, with Nigeria, South Africa, & Tanzania making up 3% of the audience.

Interestingly on Instagram, 22% of CoComelon’s US audience is of African American descent.

The average income is $36K/yr for CoComelon’s Instagram audience.

Brand affinities for CoComelon’s audience include:

CoComelon’s YouTube views peaked in May 2020 during the pandemic, increasing +25% from January to May. Views then decreased -26% from May to July, and have remained relatively stable since at around 3.5B views per month.

Classic Nursery Rhymes. CoComelon’s spin on classic nursery rhymes such as “Wheels on the Bus” or “Old MacDonald.”

Compilations. Video compilations typically longer than 30 minutes which play songs in succession (allows to entertain kids for longer) and begin with a popular song.

In the last ten years, CoComelon’s average video duration* has steadily increased to an average of 20.5 minutes in 2020.

CoComelon’s content incorporates storytelling and puts their own spin on classic nursery rhymes. This is in contrast to other channels, such as Little Baby Bum, that do not stray far from the original narrative.

CoComelon tells a full narrative on how the kids got the star to get back into the sky. The video shows multiple ways that the kids tried to solve the problem (i.e. introduces problem solving skills). Overall this format is more engaging and like a short film.

Little Baby Bum’s video does not have as elaborate of a story and mostly focuses on a star singing on stage.

CoComelon’s storytelling is a lot more sophisticated and engaging compared to Little Baby Bum. CoComelon typically includes multiple ways that the main character attempts to achieve their goal which helps to keep the narrative entertaining.

The mouse tries out several different methods of getting up the clock before finding the final solution of getting help from a friend (who the mouse helps get a peanut). This helps teach that sometimes you need help from others to achieve things.

Little Baby Bum incorporates more of a story in this animation. Though, the mouse tries to run up the clock the same way three times and is finally successful after being shot out of a rocket (i.e no lesson).

CoComelon’s songs and music is another element that parents enjoy about their content. Though, this is a contentious issue with some parents tolerating the songs and others banning CoComelon content in their homes due to them finding it to be annoying.

On average, CoComelon’s website generates 70K site visits per month (desktop and mobile combined). CoComelon saw a -73% decrease in site traffic in May 2020, which was driven by mobile.

CoComelon’s main marketing channel is Organic Search, followed by Direct and Social (Youtube). CoComelon does not do any Paid Search, Display Ads, or Email Marketing (no newsletter) to drive traffic to their website.

In the past three years, CoComelon has not spent a significant amount on digital ads—spending only $2.8K on three creatives.

The few FB ads that CoComelon ran were for their merch (CoComelon album), a new video series called Family Time where parents share stories about their kids experience with CoComelon, and the launch of their baby food products & delivery service.

Zooming into the past two years, CoComelon saw a large surge in subscribers in August of 2019 (+5M), with follower growth experiencing slight fluctuates after, but leveling out at an average of 2.7M new subscribers a month.

So how did CoComelon become the third most subscribed YouTube channel of all time with minimal to zero digital advertising? It all started with COPPA violations in 2018.

In April 2018, YouTube was found to have violated federal children’s privacy laws. This led to a series of new regulations on YouTube that began to slowly roll out throughout the year and into 2019.

The COPPA regulations were beneficial for CoComelon in three ways:

In recent years, CoComelon has focused their efforts on getting into a variety of streaming platforms outside of YouTube such as Netflix, Hulu, and Amazon Prime—which helps to spread brand awareness—rather than focusing their efforts on digital advertising. CoComelon took the #1 spot in 2020 outranking popular shows such as Tiger King.

More and more parents are becoming more cautious about their children streaming content on YouTube and prefer heavily monitored apps such as Netflix in an attempt to avoid inappropriate autoplay content that may appear on the platform.

There is a subreddit dedicated towards parents investigating a series of videos that contain inappropriate content aimed towards children. This phenomenon has been dubbed #ElsaGate.