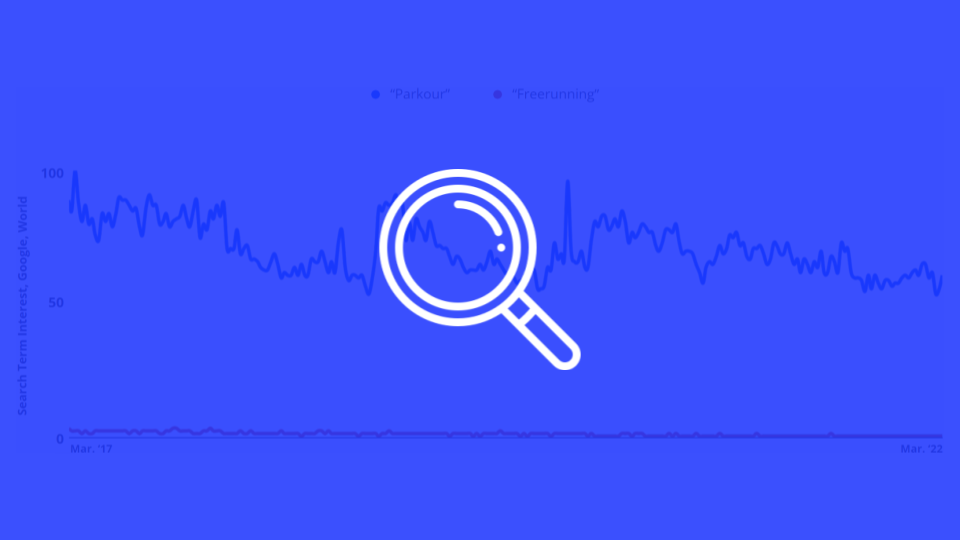 “Parkour” is a much more sought out search term than “freerunning” with an average search interest of 71 compared to 2 for “freerunning”.

The creators in the competitive set have a predominantly male audience. For example, 86% of Storror followers are male. When it comes to age breakdown, the largest shares of followers are between 25-34 and 18-24 years old. Storror has the youngest follower base with 39% of its audience being under 24.

In the last 6 months, USA generated the highest volume of video views at 78M, followed by the UK with 18M views.

Ampisound fans also follow also some other accounts in the competitive set, such as Storror and Run & Jump.

Storror has the highest number of followers across all social media channels, which total 8.7M. 84% of them watch Storror’s content on YouTube.

PKFR TV is the only account in the competitive set with the prevailing TikTok audience. 85% of PKFR TV followers are concentrated on TikTok.

Ampisound has the second-largest YouTube fan base in the competitive set after Storror.

Run & Jump is the only creator in the competitive set that doesn’t have an Instagram channel. Instead, they call to follow their personal accounts, charlespoujade (160K followers) and melaniebuffetaud (38K followers).

Team Farang has the largest audience concentrated in Mexico (15%), followed by the USA (8%).

Tempest Freerunning has the most balanced audience distribution among different social media platforms. While Tempest has the most fans on YouTube, they also have sizable Facebook and Instagram audiences.

French Freerun Family has the highest concentration of fans from one country, 68% of its followers are from France.

The Motus Project is the only creator in the competitive set with the prevailing Instagram following. Its Instagram account has more fans than all other platforms combined.