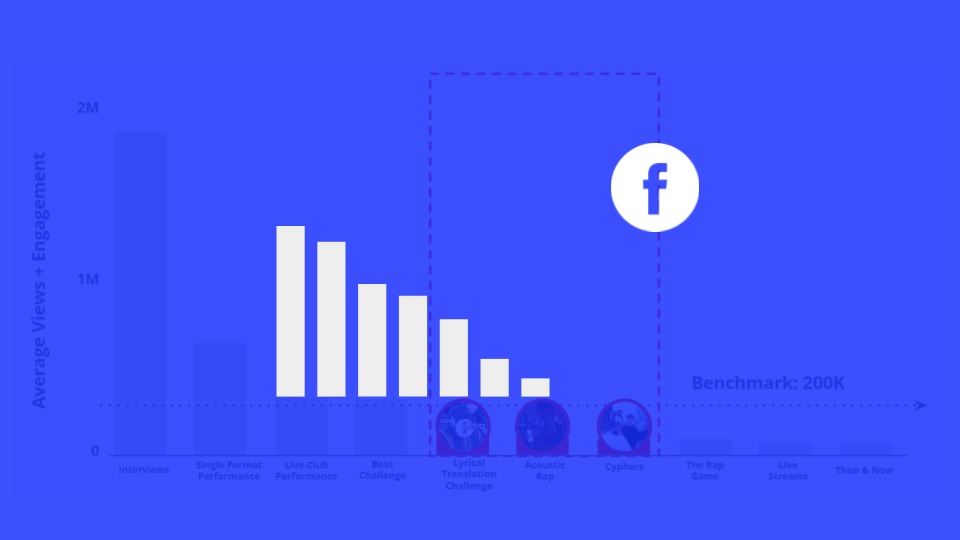 Content buckets that had the highest average views & engagement in the UK hip-hop space include:

Word Prompt Freestyles are a viral segment of content on Facebook that has performed much higher than average compared to other Facebook content categories. These videos feature artists who go on Omegle, a random video chat platform, to ask strangers for words to make a freestyle with.

Interviews are video formats featuring artists who participate in conversations for their fan base to get to know them on a deeper level.

Single format performances are videos featuring performances by a single artist on their iPhone, live or in a studio.

Content Opportunities: Make a call to action for up & coming artists to submit their own freestyles or host an independent virtual competition and post the results in a playlist on Facebook to help generate jaw dropping moments that will keep Facebook viewers sharing.

Content Opportunities: Challenges are a great way to engage artists around the world to participate and show off their talent. Leveraging a challenge can help creators come out of their shells but also potentially work together upon seeing each other’s challenge videos.