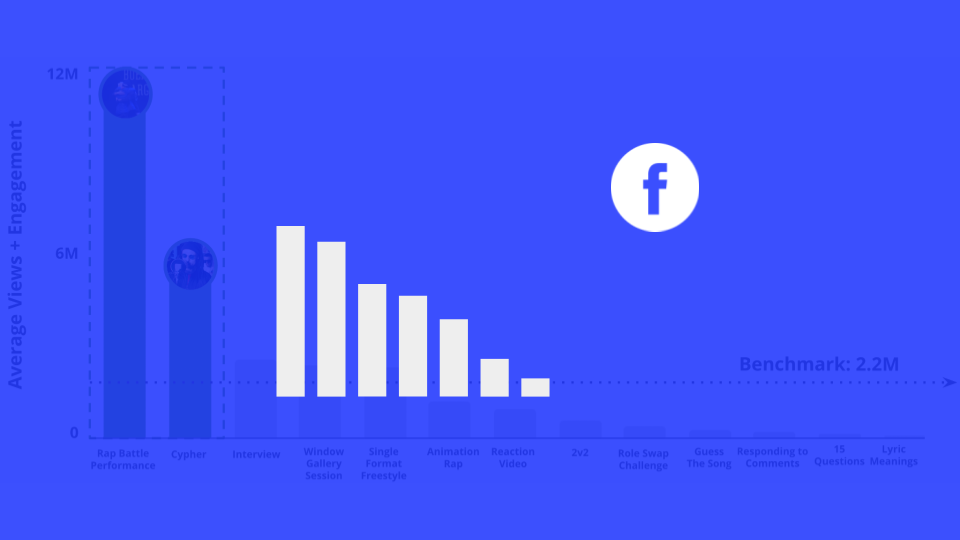 Rap Battles are a performance style where artists pair up against each other to compete in a series of segments with different prompts in front of a live audience.

Content Opportunities: Create a spin off of the traditional rap battle format that pushes artists to perform without the sense of sight. Emotion from rap battles comes from knowing and seeing your opponent in front of you, try remaining and scenario where opponents are in a controlled setting but can’t see each other until the end by performing on two sides of a wall.

Themed Battles are a segment of longer live rap battle showcases where rappers are given a prompt of a specific theme and must freestyle within that genre.

Content Opportunities: Currently, heavily themed content prompts are respective to live rap battle footage. There is a hole in the Spain hip-hop market of content that challenges artists in a static, controlled environment. Use themed prompts to challenge an artist on their own or invite multiple artists in to freestyle with or against each other.

10 Things is a segment hosted by GQ where artists are prompted to share their top 10 essential items they can’t live without.

‍Caption: The description promises ‘good flows’ right away so that the viewer knows what to expect.

Length: This video is about 5 minutes long and focuses only on one moment within a larger battle as opposed to a series of compilations.

‍Length: This video ranges at about 18 minutes in length.

Content: When it comes to punchlines, reactions are everything. This video compiles the best punchlines of 2019/2020 season with loud and action packed reactions from the MC and audience.

Orientation: This video has a vertical orientation as opposed to the traditional horizontal Facebook uploads.

Introduction: The start of this video features a colourful and chaotic intro that opens the audience up to the personality of the guest.