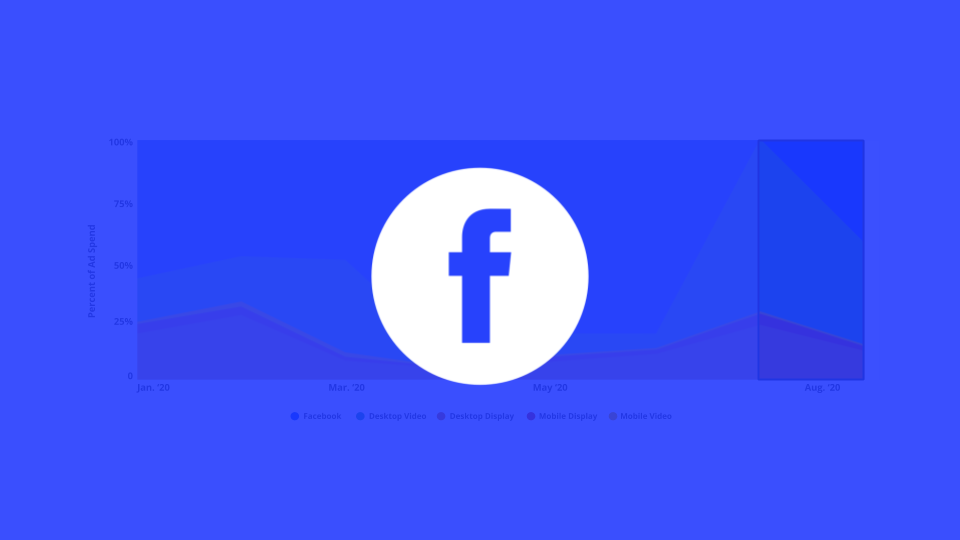 Overall ad spend for the Big Five banks increased by +175% from July to August, which was largely due to Facebook & YouTube.

With the above in mind, Facebook & YouTube are starting to become crowded spaces for financial service related advertisement. The short window of capitalizing on the break in Facebook ad spend has closed. As such, advertising on Facebook & YouTube should involve high-quality creative that is hyper-targeted to cut through the noise of other financial ads and connect with the target customer.

Last month we reported that the Big Five Banks participated in the Facebook boycott and reduced their collective Facebook advertising spend by -100% MoM.

The Big Five shifted their focus to Desktop Video & Desktop Display, which increased MoM in July by +1037% & +104%, respectively.

In August, The Big Five reversed their course and collective Facebook advertising increased by +90.6K% MoM.

Overall ad spend for the Big Five banks increased by +175% from July to August, which was largely due to Facebook & Desktop Video.

The top ad sites in August were Facebook & YouTube which accounted for a collective 84% of ad spend.

Similar to July, 99% of Desktop Video ad spend in August was spent on YouTube.

Social traffic in August to the Big Five banks website’s grew by +12% MoM.

In August, YouTube has continued to make up the majority (41%) of the Big Five’s combined desktop social traffic, while Facebook made up 30%. Traffic from YouTube grew by +19% MoM while traffic from Facebook grew by +10% MoM.

Search interest for the keyword “facebook boycott” in Canada peaked at the beginning of July and has experienced small spikes in interest over the past two months, dropping off at the end of August.