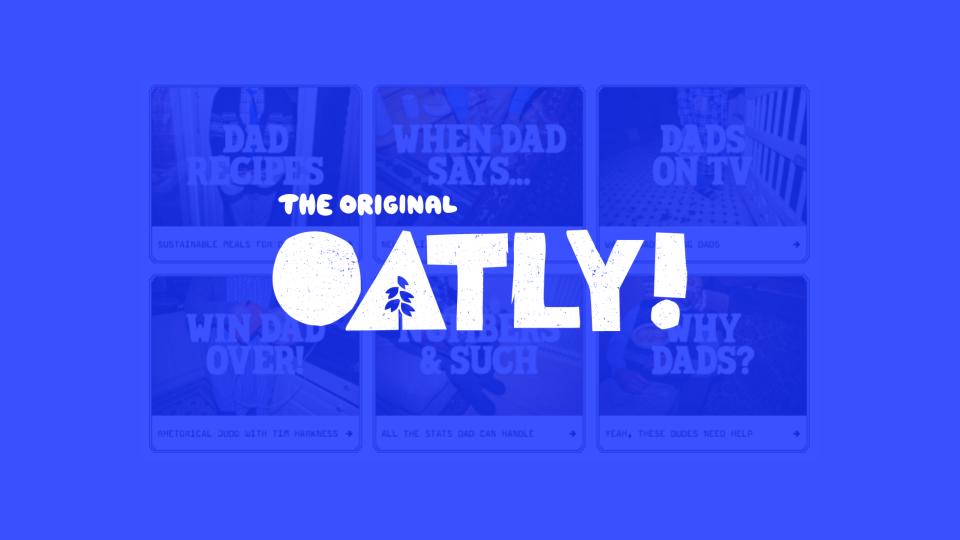 How Oatly Is Convincing Dads To Quit Dairy

Landing Page Tactic — Campaign Specific Landing Pages With a Purpose: Oatly created help-dad.com to act as a guide to help teenagers convince their dads to quit dairy. For example, the “Win Dad Over!” page featured videos that taught viewers how to win arguments and master difficult conversations. Rather than just trying to sell a product, Oatly created a resource guide for those who are wanting to help their loved ones switch to a plant-based diet. By creating a campaign-specific landing page with an educational purpose, Oatly increases the likelihood of having returning visitors as they are continuously getting value from visiting the website.

Content & Messaging — Using Statistics & Facts: Numbers are a great way to get people’s attention. Oatly created an entire section on help-dad.com called “Numbers & Such” to educate dads about climate change and plant-based diets. Oatly focused on the environmental impact of adopting a plant-based diet by providing stats such as “switching to a plant-based diet can reduce food-based greenhouse gas emissions by at least 30%”.

Oatly also provided specific stats concerning older males and veganism in the “Why Dads?” section which contained facts such as “50% of men don’t consider the environmental impact of food and drinks before making a purchase”.

Content & Messaging — Role Reversal: Video ads for the “Help Dad” campaign had an element of surprise and humour as the children were seen parenting their fathers rather than the other way around. This idea was based on the fact that “75% of men 44 - 75 agree that eating meat and dairy is part of their way of life”.
PR Tactic — Any Press is Good Press: Although the campaign received bad press, Oatly stood their ground and released a statement stating that they “don’t believe that by using these father-teenager situations we are undermining the importance of such a serious issue like alcoholism”. Oatly’s bold campaign definitely generated a lot of buzz, which may have contributed to their high volume of site visits (167K visits since launch).

In January 2021, Oatly launched the “Help Dad” campaign where the main objective was to help dads quit dairy.

The campaign got its own website (help-dad.com) which featured 6 content categories such as vegan recipes for dads, statistics on plant-based diets and more.

Why dads? Oatly is targeting dads for the following reasons:

The “When Dad Says...” section teaches teenagers & young adults how to convince their fathers to quit dairy by providing them with facts and counterarguments.

Oatly partnered up with Tim Harkness, who is an author and psychologist, to teach their consumers how to “win dad over” and quit dairy.

The “Numbers & Such” section contains stats about the climate, animal factories, and emissions.

The campaign was launched primarily in Europe, where 83% of total traffic was generated from the UK.

Help-dad.com has +11% more males visiting their site compared to Oatly.com and a higher percentage (+6%) of help-dad.com’s site visitors are between 18-24 years old.

For this campaign, Oatly ran a simple display ad*, directing users to help-dad.com for more information.

Oatly ran 3 video ads on Facebook*, with each ad showcasing a teenager having a conversation with their father about dairy.

In total, Oatly ran 4 YouTube ads which were all under 40 seconds long.

The “Help Dad” campaign received bad press as Oatly was accused of mocking alcoholism and incorrectly positioning “all older people as planet-thrashers.”