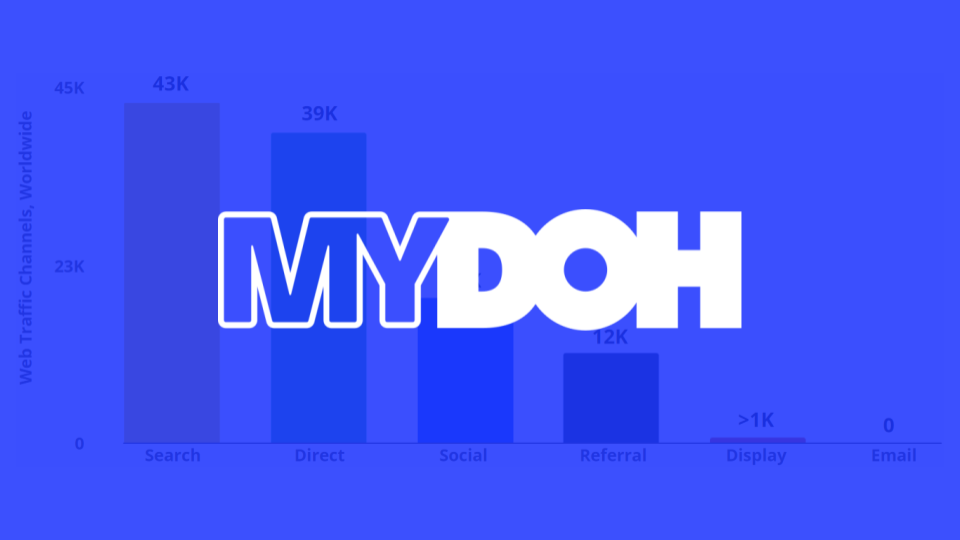 Mydoh saw a significant increase in traffic in Q3 2021 when its web visits grew from an average of 6K visits in Q2 to 22K in Q3.

~83% of the total traffic comes from mobile devices.

Looking into the traffic channels, search (both organic + paid), direct and social account for 90% of total visits.

Mydoh first started running digital ads in July 2021 and since then invested $22K to promote its services online.

The message communicating the benefits of kids learning the value of money received 50% of the total digital spend.

The second most leveraged message promoted the blog post helping parents to engage their kids in household chores.

In another ad backed by a moderate $1K investment, Mydoh promises to help teach kids the money basics with parents’ oversight.

Two other ads that received less than $1K each appealed to the notion of raising money-smart kids.

Mydoh has seen its app downloads steadily rising month over month and hitting 31K install in October alone. In total, the app has been installed 75K since the July 2021.

Following the downloads, the number of monthly active users has also been steadily growing.