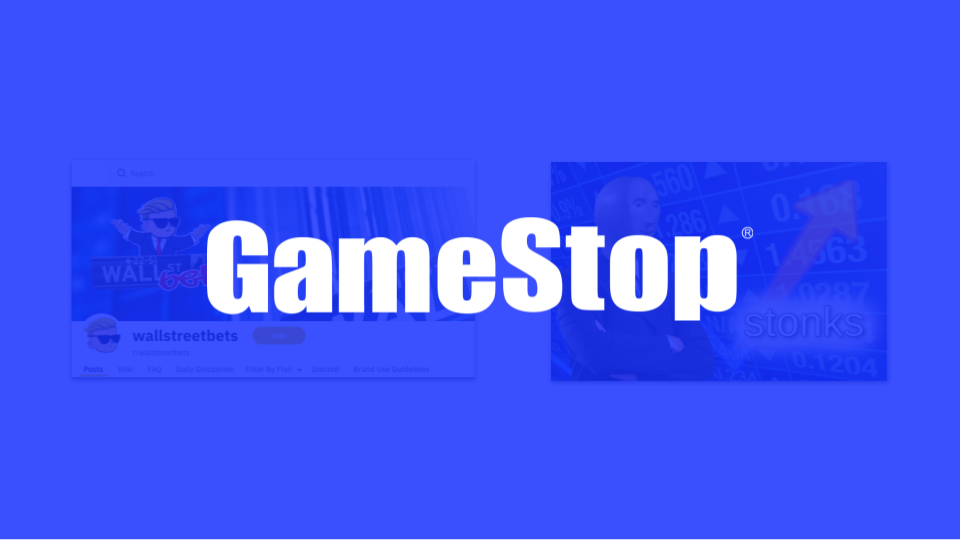 How GME Changed the Investing Landscape

In 2020, the convergence of massive market movements, unprecedented stimulus, the ability to invest small amounts, and commission-free mobile apps led to a large rise in the number of retail investors. These amateur traders have brought a way of investing to the market that defies long-standing market convictions.

This is best illustrated by the frenzy around GME which has left an indelible mark on the investing landscape in four ways:

Cryptocurrency Frenzy — The buzz around GME has also helped to further solidify the legitimacy of other “hype” assets such as cryptocurrency. Coinsquare saw 93% YoY growth in their monthly active users in January as more investors are investing their money in cryptocurrency, as a way to both hedge against inflation and show their support for the cryptocurrency market.

The GameStop frenzy was seen on all major news channels and caused an uproar on Wall Street.

How did this all begin? There was an influx of new retail traders in 2020 due to the pandemic, as more and more people found themselves bored at home.

Apps such as Robinhood even crashed during March of 2020, as they experienced record trading volumes due to the volatile stock market during this time.

Meanwhile, the subreddit r/wallstreetbets experienced significant subscriber growth in 2020, increasing by +258% from Jan. 2019 to Dec. 2020.

What exactly is r/wallstreetbets?

So how did GME become a meme stonk? Over a year ago, a few redditors had a hypothesis that GME had huge potential due to the possibility of a short squeeze. In particular, one infamous redditor, u/DeepFuckingValue, started posting regular updates in 2019 on his GME investments.

As u/deepfuckingvalue’s portfolio grew, the rest of r/wallstreetbets began to take notice and invested their money into GME. Amongst the wallstreetbets community, GME was already a meme stonk in late 2020 (Nov/Dec), as one redditor reported that 5.8% of GME was owned by r/wallstreetbets. The first megathread for GME was posted on Jan. 28th and since then there has been at least one every day. These megathreads generate more than 50K comments and often have multiple parts (i.e. megathread part 2, 3, 4, etc.).

The collective group of internet retail traders also identified other meme stonks which caused their stock prices to skyrocket, such as AMC and BB.

The GME frenzy has forever changed the stock market and how people trade in 4 ways:

After Robinhood halted GME, many users lost trust in the app and its reputation was damaged. Downloads for the Robinhood app spiked during the GME frenzy, but have since fallen and were down -36% YoY in the last week of February.

Robinhood users rushed to transfer funds to other trading platforms and delete their accounts. Other platforms such as Webull and Fidelity saw a spike in Google search interest.

What does this mean for brands? There is a high number of ex-Robinhood users who are seeking a new trading platform.

Internet meme stonks are here to stay and are continuing to make waves in the stock market. Dave Portnoy, the founder of Barstoolsports, launched his own ETF called $Buzz which tracks meme stonks.

Hedge funds, such as Cindicator Capital, are getting into the meme stonk frenzy as they look to hire Reddit traders.

News outlets around the world were reporting on meme stonks and educating their viewers on “How Reddit Works. “

The GME Frenzy has shone light onto the importance of social media and how it can impact the stock market. With r/wallstreetbets now having over 9 million subscribers, internet retail traders are here to stay.

What social media platforms do internet traders use?

Meme stonks can also be affected by those who have societal influence or sway such as Elon Musk.

Finance meme accounts are followed by millions of internet retail traders such as litquidity, Finance God, and Arbitrage Andy.

With the Robinhood scandal as well as the overall frustration with the corruption of Wall Street, day traders are looking more towards cryptocurrency. Apps such as Coinsquare saw a +93% YoY increase in MAUs in January 2021.

The subreddit r/dogecoin grew their subscriber base from 175K to 1.2M in just two months after Dogecoin increased by +1540% from $0.005 to $0.082 and Elon Musk got behind the cryptocurrency.

In turn, bitcoin saw a large rally as Tesla announced that they would be accepting bitcoin payments and bought $1.5B in bitcoin.