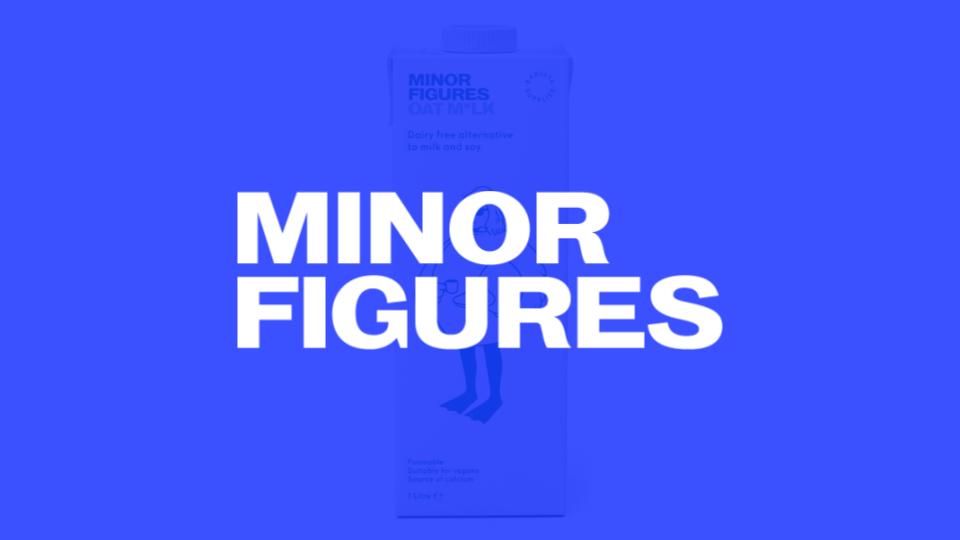 Minor Figures is a challenger oat milk and coffee brand with a large share of 34 years old and under audience. The company skillfully builds and engages its community of young environmental-conscious people in 5 following ways:

Minor Figures is a challenger oat milk and coffee brand that originated in the UK and expanded its reach to 22 countries. The brand relied on offline coffee shops and retailers' distribution. Yet in 2020, Minor Figures had to shift their focus to its digital channels.

Despite the fact that oat milk is the best selling product, the communication strategy is very much focused on coffee rather than m*lk (this is how Minor Figures refers to its oat drink).

Founded by “coffee misfits” Minor Figures’ branding and tone of voice are funky and honest, which appeals to younger quality-seekers.

Minor Figures saw 20X traffic growth to its website in 2020.

Instagram is Minor Figure’s main channel to connect with its community. The brand has accumulated 78K followers on this platform.

Minor Figures connects with its followers by posting memes and funny user-generated content (55%). The brand doesn’t try to push its products via social media but rather strives to build a community.

Minor Figures is not trying to post only polished visuals on its Instagram feed, instead the brand opts for funny memes that highly resonate with its community and position the brand as a friend rather than aspiration.

The visuals the brand posts on its Instagram account are not necessarily polished but always on point and accompanied by tongue-in-cheek captions.

Committing to its true voice helped Minor Figures maintain its engagement rate at a steady 1.5%, with some non-giveaway posts reaching 5% ER.

Minor Figures opted for transparency when it presented its Pay What You Want promo for the UK and US consumers — the company overproduced one of its products and needed to sell it out before it expires. The brand community welcomed both honesty and a chance to purchase the product at a discounted price, which resulted in brand appreciation and sales.

On February 23, 2021, Minor Figures posted about over producing its latte product and offered its followers to pay what they want to sell out the batch.

Website visits spiked to 94K over the two-day promo, which is 26X the average daily traffic.

‍Minor Figures experiments with keeping the contests simple yet engaging. Going beyond a "like, tag and follow" formula, the brand added a creative element to its “High on Acids” giveaway. Minor Figures created a simple landing page for the users to try a barista art and share their creations on Instagram.  ‍

In line with the “coffee-first” communication agenda, Minor Figures launched a contest aimed to praise the acidity notes in coffee. The winner would get a year’s supply of the Oat Milk.

Minor Figures promoted the contest on Instagram and let it run for over a month.

Minor Figures is willing to publicly acknowledge when some of its initiatives miss the mark. Not all contests that go beyond a simple formula and seek more engagement resonate with the community. When one of the Minor Figures contests received negative feedback from its Instagram followers, the brand listened and humbly acknowledged a mistake.‍

In January 2021, Minor Figures launched a contest that called followers to come up with brand-inspired artworks and submit them via Instagram. Winners' works would be featured in the brand’s outdoor advertising posters.

However, a part of the brand community didn’t agree with the contest rules and thought that asking creators to submit their work without paying for it was diminishing the value of the art.

‍Minor Figures cancelled the competition the next day acknowledging the failure and apologized for offending some creatives. In turn, the brand received appreciation from both parties: those who were against the contest appreciated that the brand took a stance and pulled the plug and those who thought the competition was totally fair.

A week later, the brand respectfully shared a few contest entries they received until the contest was canned with their Instagram community and thanked everyone who entered.

Minor Figures is concerned about the impact their operations have on the environment. The company has gone carbon neutral, and it also found an engaging way to get its conscious-minded customers on board. Minor Figures launched a milk refill program — coffee shops and stores can install an oat milk dispenser and sell vegan milk in bulk.‍

In September 2021, Minor Figures launched a Milk Refill Stations program across the UK — customers can purchase a glass refill bottle and buy oat milk in bulk in selected coffee shops and grocery stores.

Refill initiative provides Minor Figures with a meaningful and tangible way to make its consumers a part of the brand's sustainability mission. It also contributes to building brand awareness and driving loyalty amongst the environment-conscious audience.